Have you ever wondered how to thicken your sauce or gravy?

Cooking thickeners are used to help thicken up gravy, sauces, pudding, pie fillings, soup, stews and more. But which is the best one for your recipe?

First, let’s look at the composition of cooking thickeners. Popular thickeners like tapioca and cornstarch come from a starch base. Starch is composed of thousands of sugar molecules that are oftentimes found in grains like wheat and corn or roots like potatoes and arrowroot.

Starches also require heat in order to help thicken recipes. While some thicken around 140°F, others require a boiling point temperature.

Vegetable gums (guar gum and xanthan gum) and proteins (gelatin) are also options for thickening up your recipes.

The 15 cooking thickeners below are just some of the ingredients that can be added to get your recipe to the desired consistency. 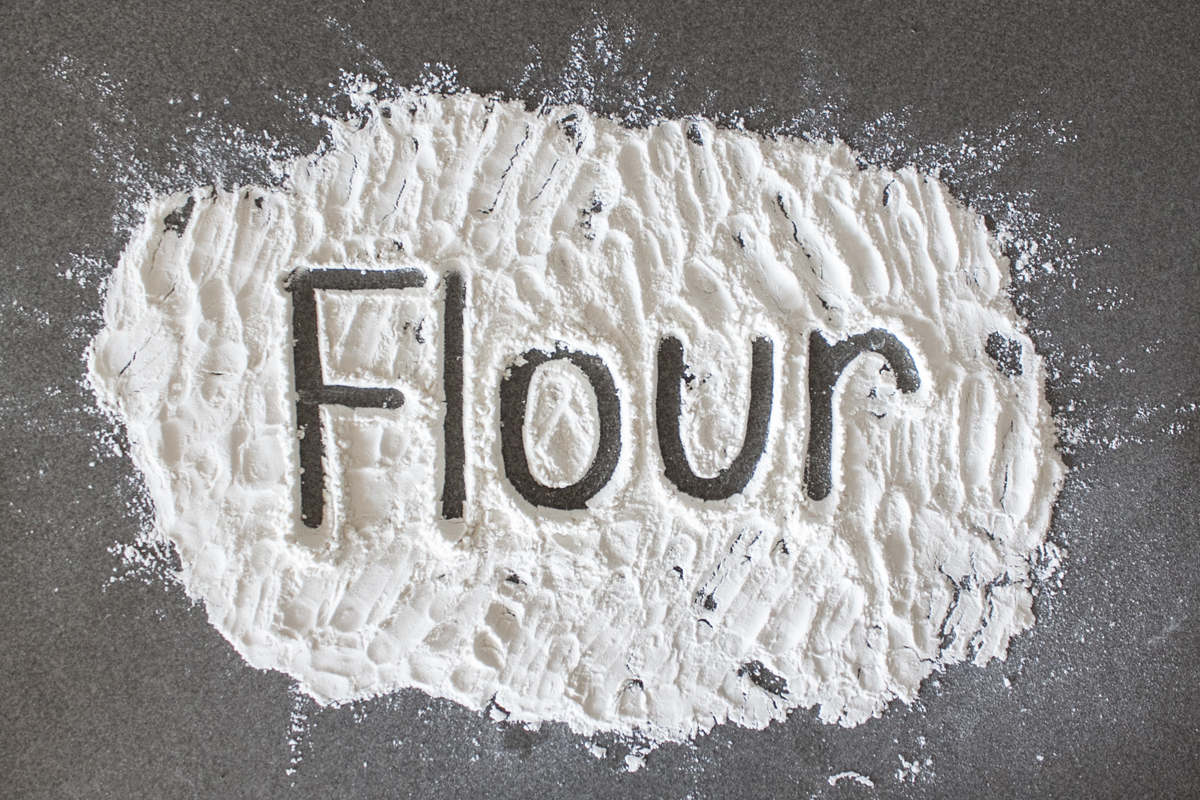 Flour is probably the most well known cooking and baking thickener. It’s used primarily in gravy, but you can also add it to other recipes like white sauces, stews and apple pie. Flour has a cloudy appearance, so it’s best to avoid it in recipes that require a clear appearance.

Some flours like whole wheat flour aren’t as high in starch as other thickeners; it’s best to use all-purpose flour due to it having more starch than other options.

Add flour to liquids to create a paste before whisking the mixture into a simmering sauce. Avoid adding flour directly to a hot liquid as it will cause the granules to clump rather than form a paste consistency. 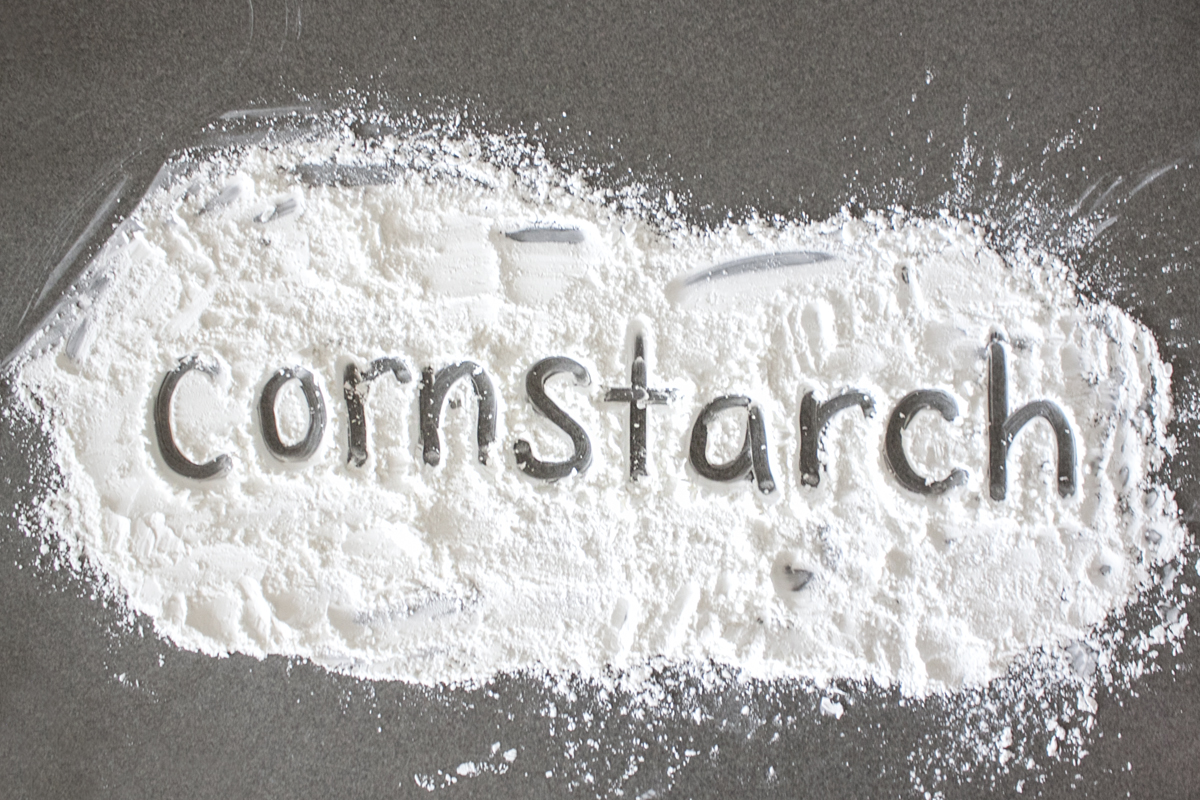 If you’re looking for a pure starch, cornstarch is the most popular choice. Derived solely from corn, this gluten free thickener starts breaking down after cooking and stirring for a while. It has a starchy flavor and translucent shimmer appearance.

Cornstarch is popular in cream-based recipes like banana cream pie. It’s also good for puddings, sauces and gravies. To avoid clumping, don’t add it directly to hot liquids. You should also avoid freezing recipes that use cornstarch because it will cause the recipe to thin out once thawed. 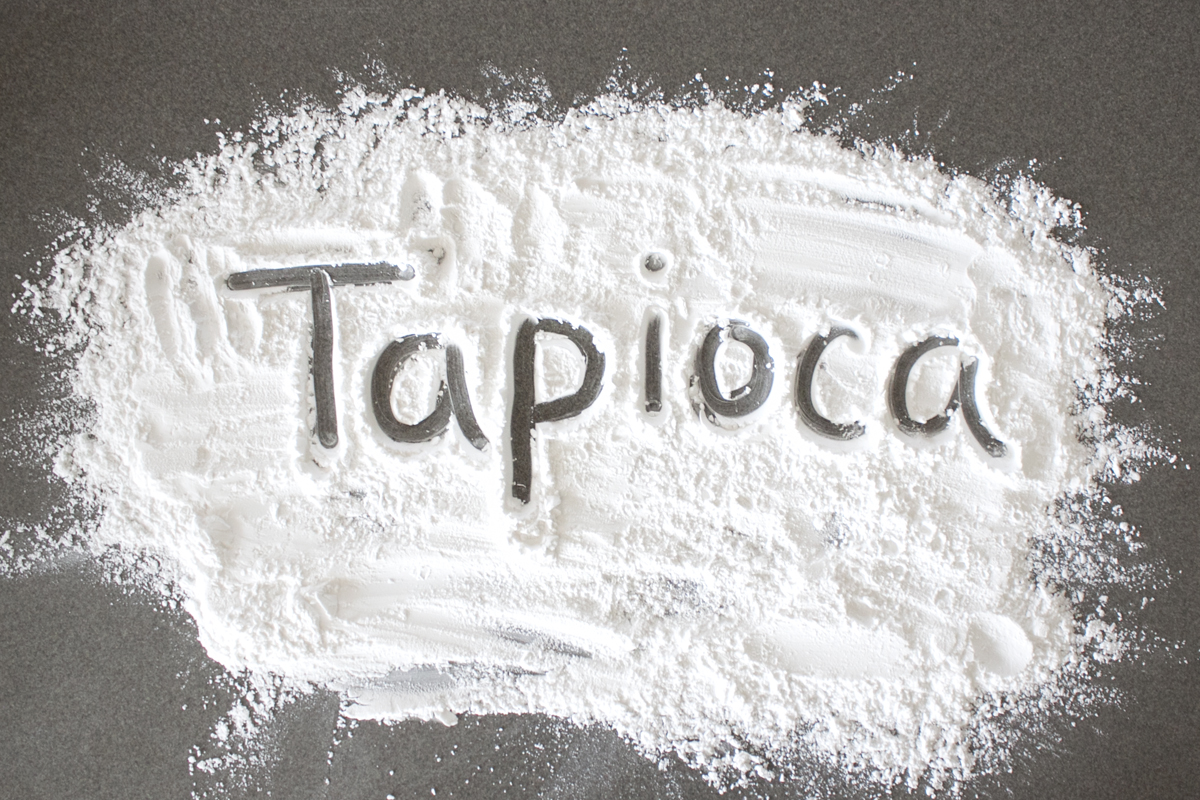 Tapioca starch typically comes in small granules or powder and helps quickly thicken recipes. It is gluten free and has a glossy appearance. Note: Many tapioca starches are made with GMOs, so be sure to look for a non-GMO version.

Tapioca starch is most popular in fruit pies. You can freeze and thaw recipes with tapioca, but avoid using it in recipes that require a lot of boiling and stirring like pan sauces and custards.

To use, add 3-6 tablespoons of tapioca for every 6 cups of juicy fruit when making pies. For recipes with little juice, use 1 ½ teaspoons for every cup of fruit. 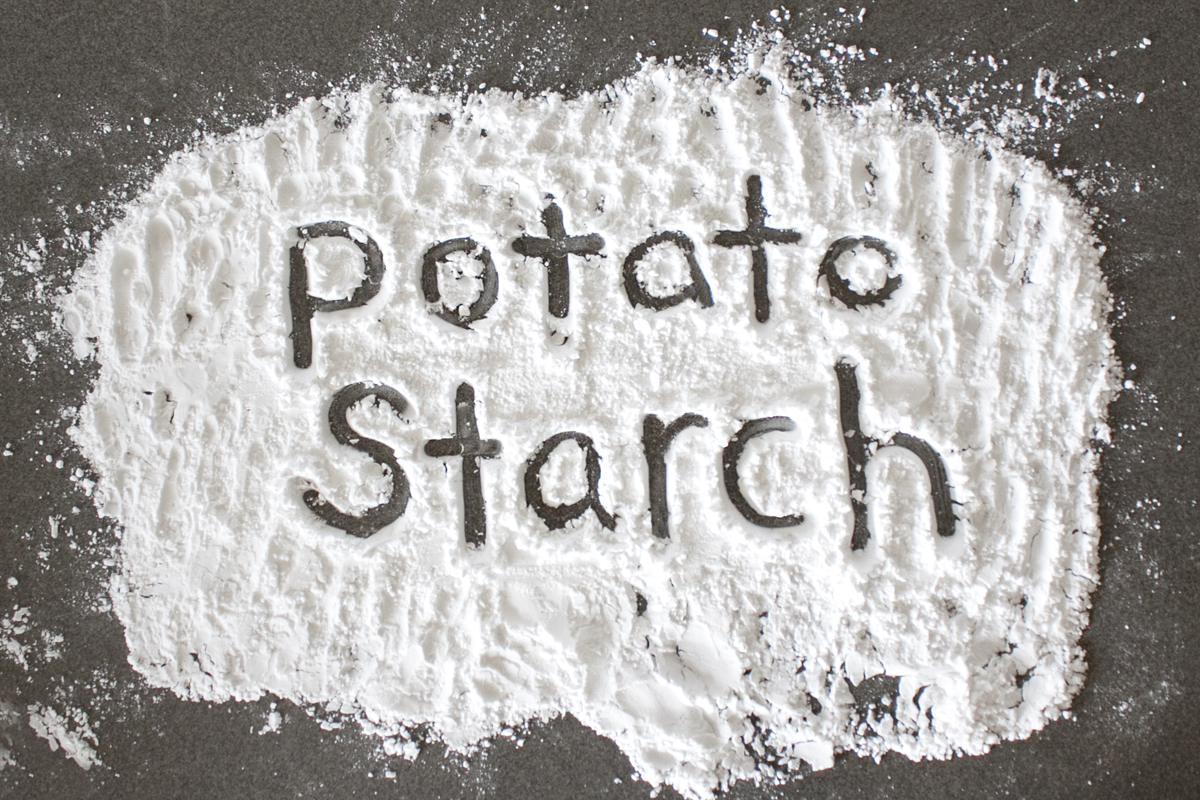 Popular in European recipes, potato starch helps to quickly thicken recipes. This gluten free and kosher starch is the most popular choice for recipes that require thickening during Passover, as other options are not permitted. Unlike potato flour, it has no pronounced flavor. Note: As with tapioca starch, many potato starches are made with GMOs, so be sure to look for a non-GMO version.

Use potato starch in soup and gravy recipes as well as fruit pies. Don’t add it to liquids that require boiling because it will lose its thickening ability. 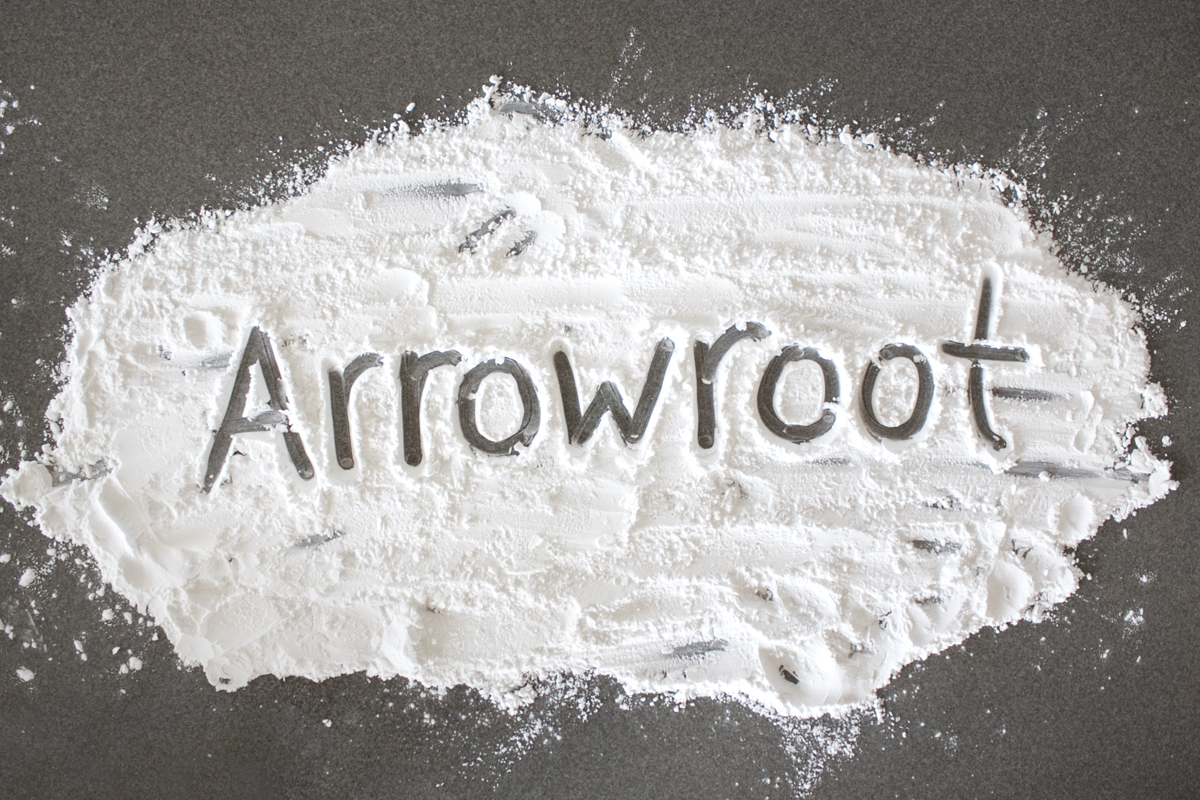 When mixing, whisk equal parts arrowroot starch and cold water, which will create a slurry, then whisk the mixture into hot liquid for roughly 30 seconds. It reaches maximum thickening at a lower temperature compared to other recipe thickeners.

Use it in fruit pie fillings, puddings, dessert sauces, vegetable sauces, stir-fry sauces and more. Avoid it in gravy and other dairy-based sauces as it will create a slimy texture. 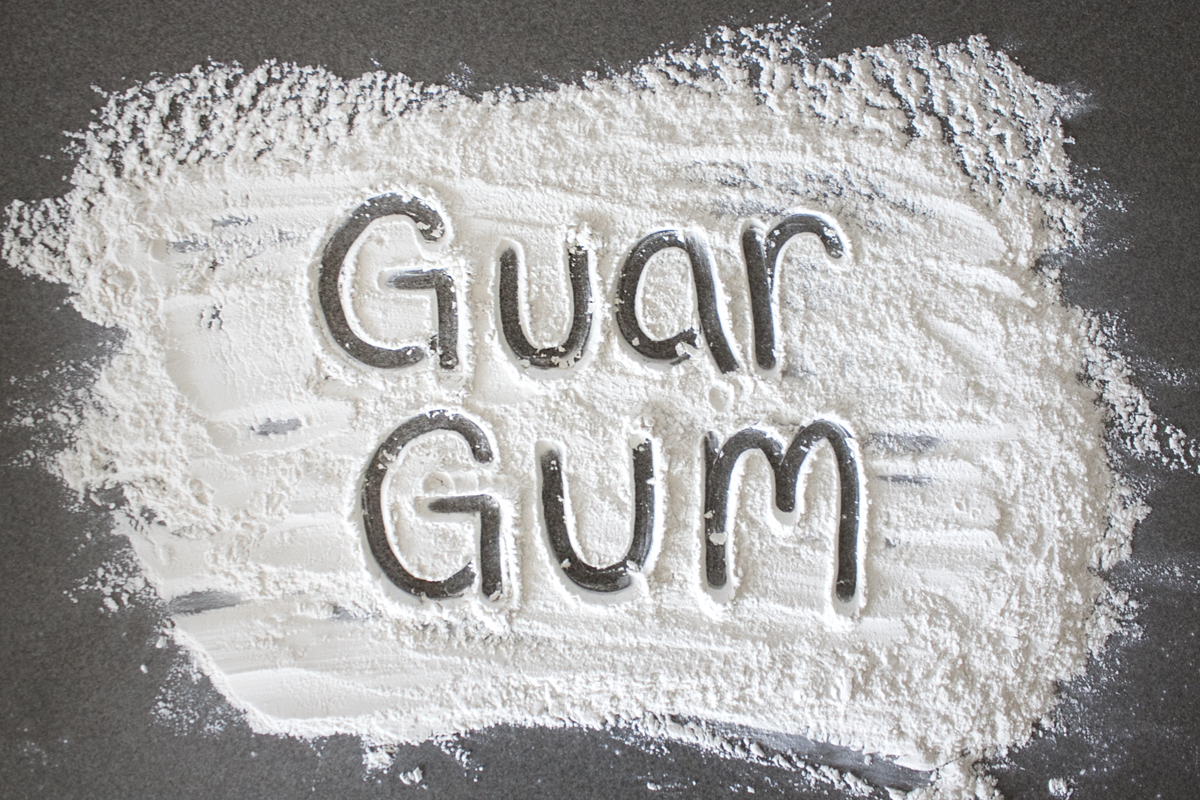 Guar gum is made by grinding the seeds from guar beans, which are mostly grown in India. It is much stronger than other thickeners like arrowroot and cornstarch and should be used in small amounts. One cup of liquid only needs ¼ to ½ teaspoon of guar gum in order to achieve a thicker consistency.

Use this gluten-free thickener in dressings and ice cream. You can even use it to make toothpaste! 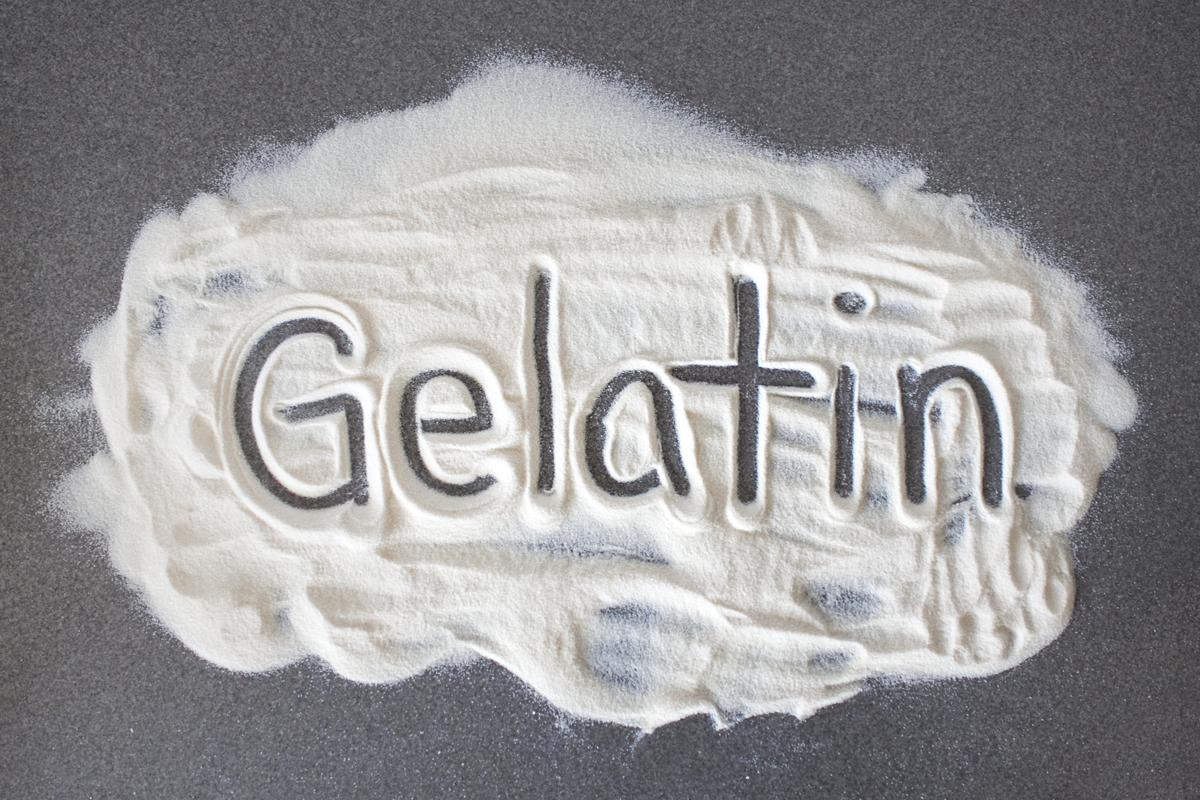 Gelatin is a popular ingredient in Jell-O®, but it has so many more uses. Try it in pies, cheesecakes, custards and other desserts.

Some fresh fruits can break down gelatin due to their enzymes, so make sure to cook them before adding to a gelatin custard. These fruits include pineapple, mango, kiwi, mango and papaya.

Bonus: Airtight sealed gelatin that is stored in a cool, dry place has no expiration date! 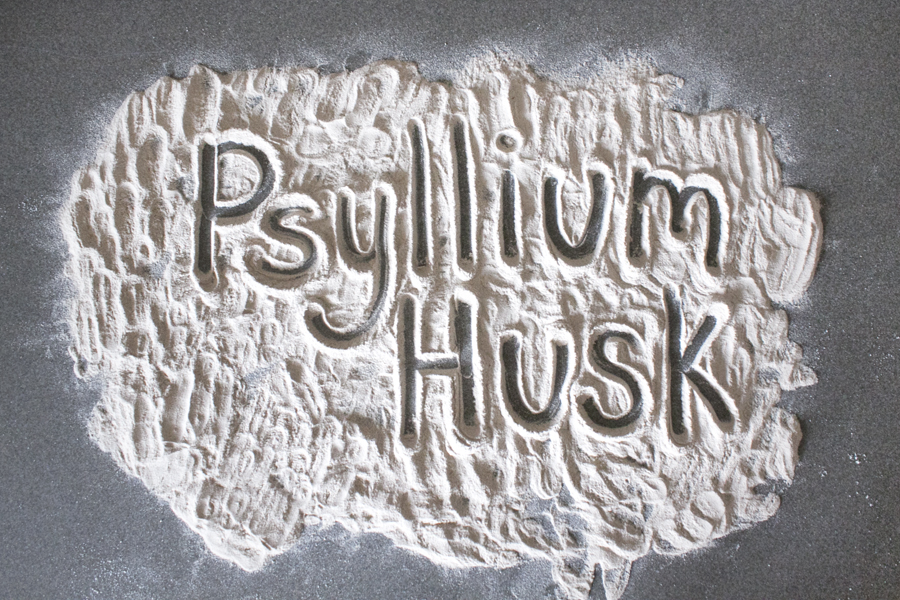 If you’re looking to thicken a recipe and add more fiber to your diet, try psyllium husk. This plant-based fiber source comes with many additional benefits like being low calorie, low carb, gluten free and suitable for vegans.

One half teaspoon of psyllium husk per serving is plenty to thicken your favorite recipes. Try it in smoothies, sauces, soups, stews, dressing or any drink that could use a little more fiber. 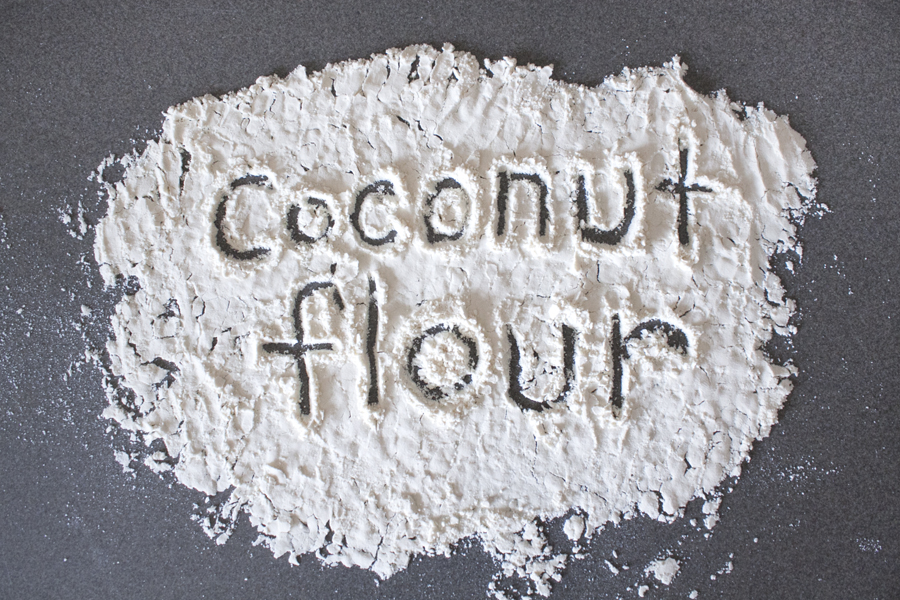 Coconut flour is popular among vegans and gluten free bakers. And don’t worry if you don’t like coconut because this flour has a subtle cake-like flavor. Low on carbs and fat, coconut flour is packed with protein and fiber. We recommend it if you are looking for a low carb thickener. 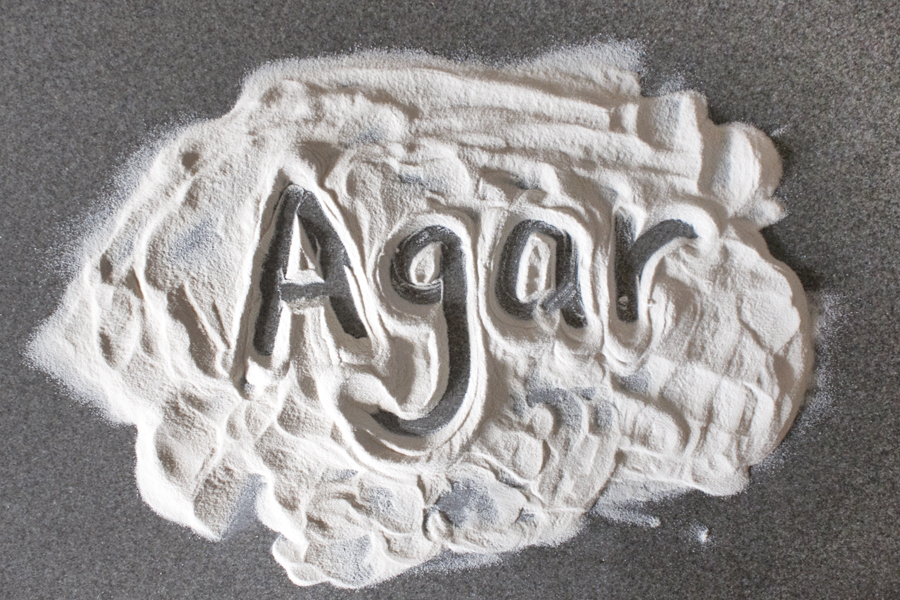 Known by sushi fans as an ingredient in seaweed salad, agar is also a fantastic recipe thickener. Agar comes in bars, flakes and powders and is known as the vegetarian gelatin. It is also suitable for vegans.

This tasteless thickener is five times stronger than gelatin, and less is required when cooking and baking with it. Allow it to simmer so it can be dissolved. Unlike gelatin, agar will stay solid at room temperature after gelling, and it won’t melt when exposed to heat.

Try agar in dessert recipes, sauces, custards and puddings. Avoid using it in recipes that feature vinegar or foods high in oxalic acid, including chocolate, rhubarb and spinach. 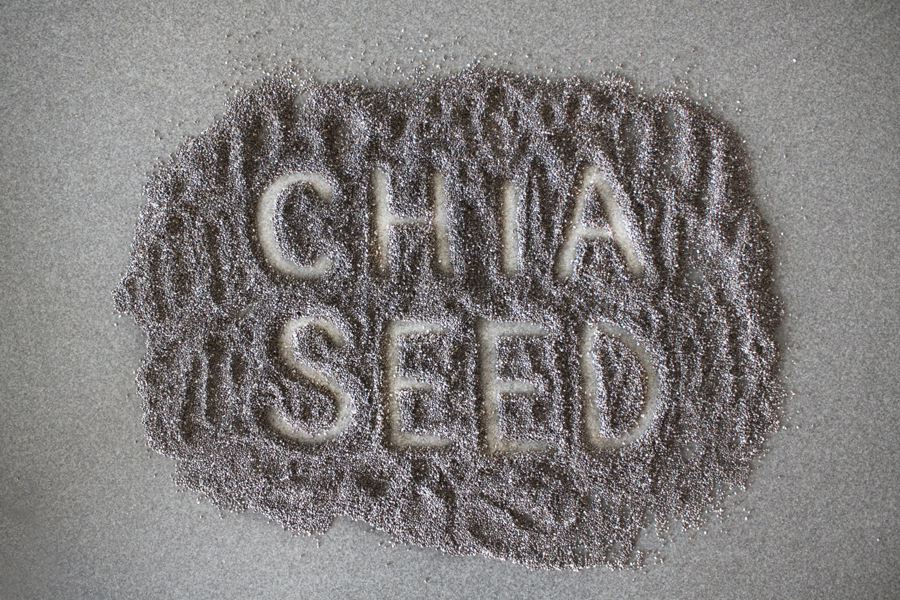 Chia seeds have a mucilaginous quality that allows them to thicken when added to water. A popular use of them is as an egg substitute! Just mix 1 tablespoon with 1/3 cup of water. Once it becomes gelatinous (about 15 minutes), you’re good to go.

Nutritionally, just two tablespoons of chia seeds have 4 grams of protein and a whopping 11 grams of fiber. They’re also packed with omega-3s and vitamins and minerals like magnesium, calcium, phosphorus and B vitamins. 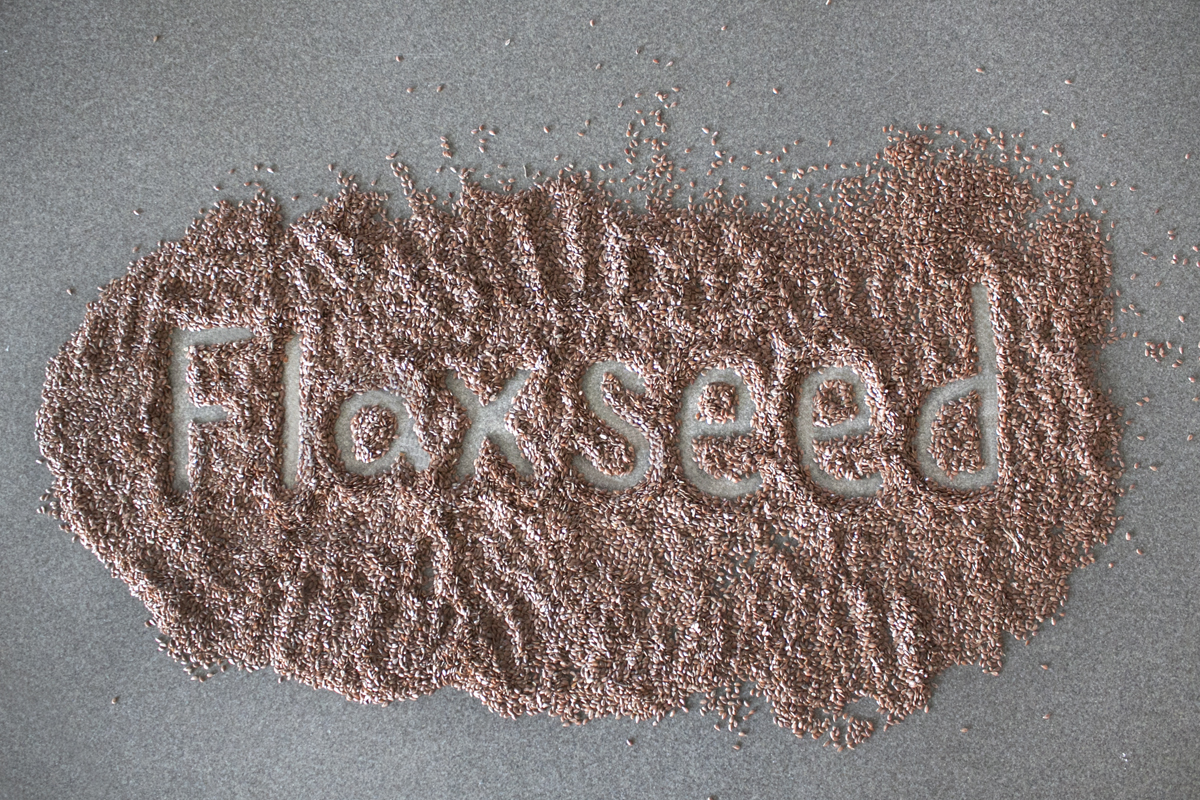 Like chia seeds, flax seeds have a mucilaginous quality when used as a thickener. It’s known for working like a miracle glue to bind a recipe together. It easily absorbs water and quickly expands into a mucilage, similar to a pudding consistency.

For thickening, grind flax seeds in a coffee grinder before using. Add it in small amounts and stir to ensure proper absorption, and be careful not to add too much as the recipe will become more firm. If this happens, just add a little water to offset the seeds. 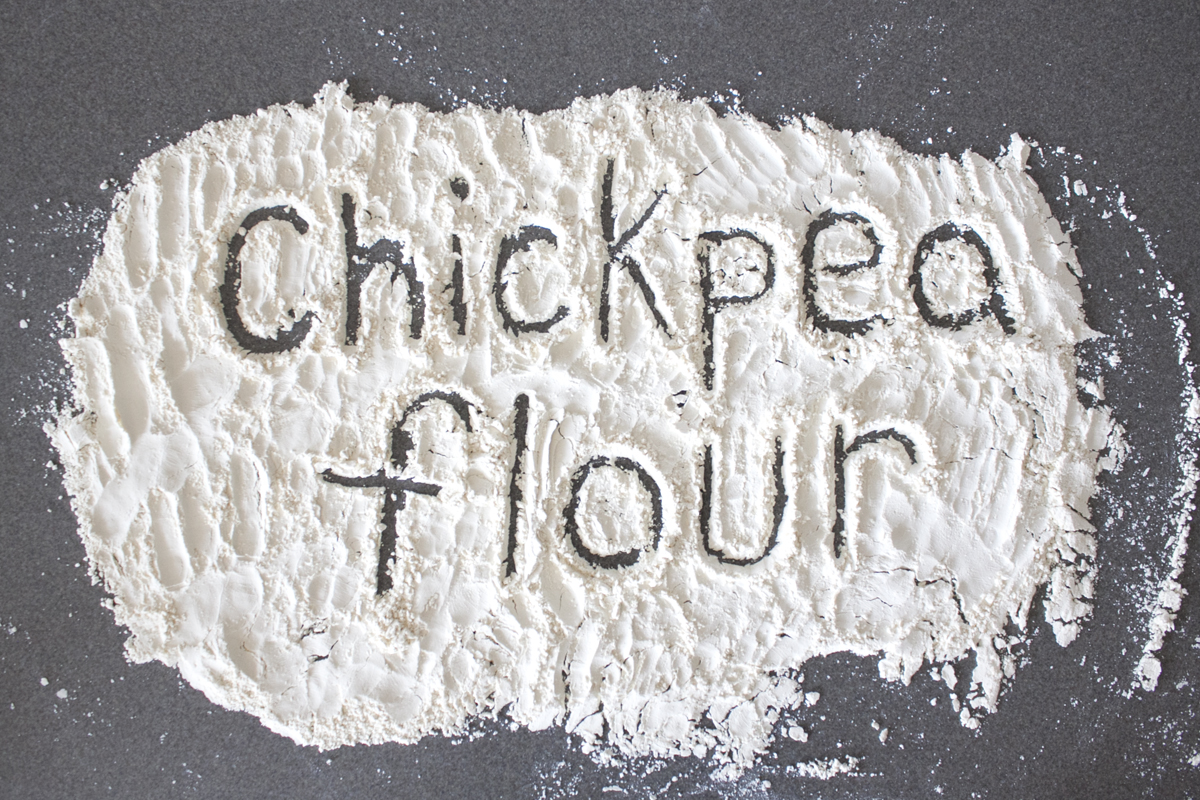 Also known as garbanzo bean flour, chickpea flour is made by drying chickpeas and grinding them until they reach a flour consistency. Chickpea flour is gluten free and suitable for vegans.

Popular in Indian dishes, this grain and gluten free flour can be used to replace wheat flour one-to-one and adds a subtle buttery flavor to recipes.

Use chickpea flour in pancakes, omelets, sauces, soups and stews. 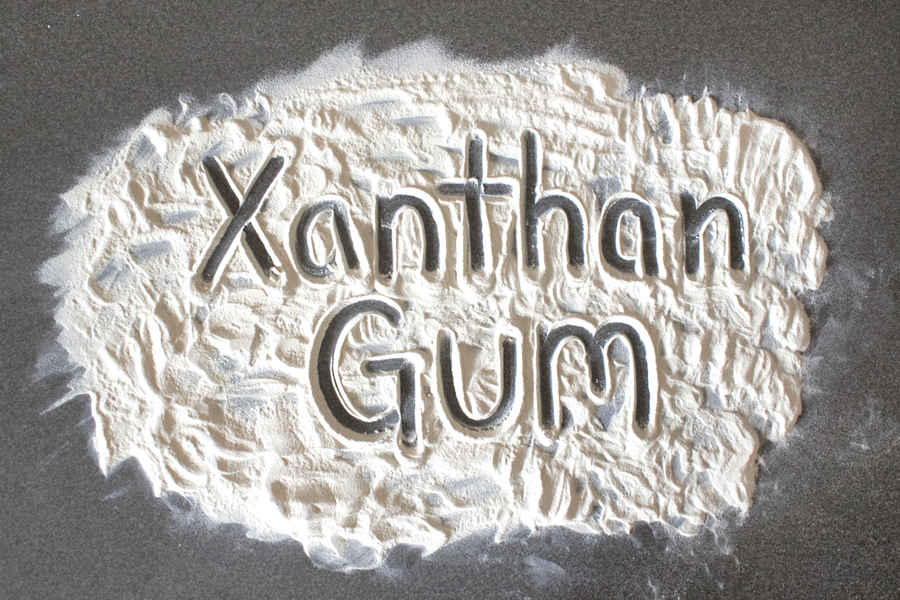 Another gluten free and vegan option, xanthan gum comes from sugar derived from corn, so look for a GMO free version. This thickener can be used in hot or cold recipes and is temperature stable so you can freeze it and thaw when needed.

Add it to salad dressings, smoothies, muffins, breads and other baked goods. 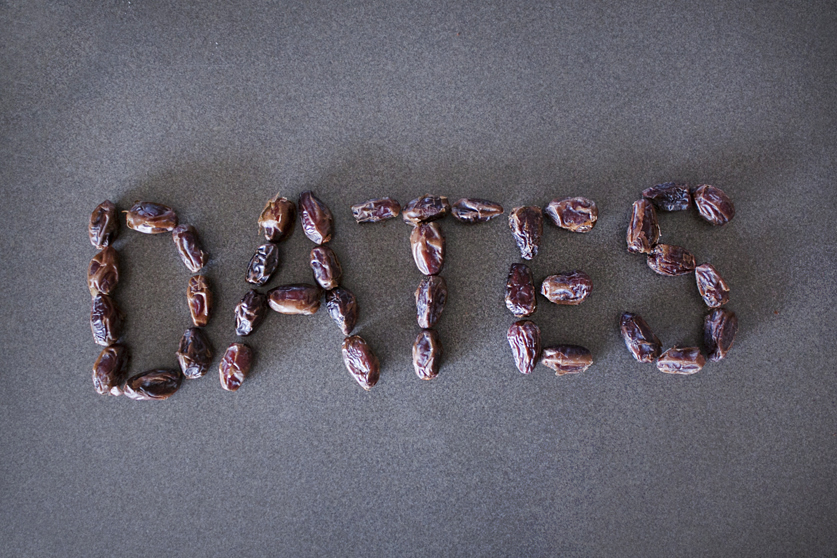 Dates are popular among raw foodies, and they also help thicken recipes due to their paste-like consistency. It is recommended to soak dates overnight before using, but if you forget you can always pour a little boiled water (¼ to ½ cup) over chopped dates to help loosen them up.

Dates go well in raw food desserts, smoothies and recipes that call for a sweet paste.