Jack Lalanne is so well-known, even your grandma’s cat knows who he is.

Because of that, it’s difficult to know what to write about Jack LaLanne that hasn’t already been said, paraphrased, clichéd, or even misinterpreted.

Francois Henri "Jack" LaLanne (nicknamed “Jack” by his older brother Norman), known to many as the “Godfather of Fitness,” has had a career that’s spanned nearly two people’s lifetimes. By the time I was born he’d opened what many consider the nation’s first health club and starred in his own TV show about health, fitness and nutrition for 26 years, written books and pamphlets and even recorded a fitness album.

I found myself wondering what the then 95-year-old man would have to say in his new book, Live Young Forever that he hasn’t already touched on.

His remarkable life, of course—one we can all probably learn from. I found myself wondering what it takes to stay healthy once that initial enthusiasm wanes. LaLanne’s book contains answers: 12 of them based on the notion of “progressive degrees of effort.”

Some might find LaLanne’s steps reminiscent in spirit of other 12-step self-help programs, and they definitely encompass the current re-emergence of a do-it-yourself (DIY) attitude. He weaves the core of his life experiences with the basic message he’s always believed in: living healthier and exercising are ways to stave off declines associated with aging, and to look and feel younger in the process.

His steps are based on the notion that “most of the causes of dying before one’s time are avoidable.” These steps include: motivation, stepping away from killer habits, personal care, eating clean, maintain perfect posture, stay well-hydrated, stretching, finding some energy, being in a solid relationship, working out, never retiring and consuming plenty of fruits and vegetables.

Readers will likely connect with LaLanne’s reason for being drawn to the world of health and fitness--his struggle to be well and feel good at the relatively early age of 14. His sense of helplessness as a young man to accomplish much more but feeling stifled by his own ill health was moving and permeates the book. Or as LaLanne puts it, “health is not valued until sickness comes.” 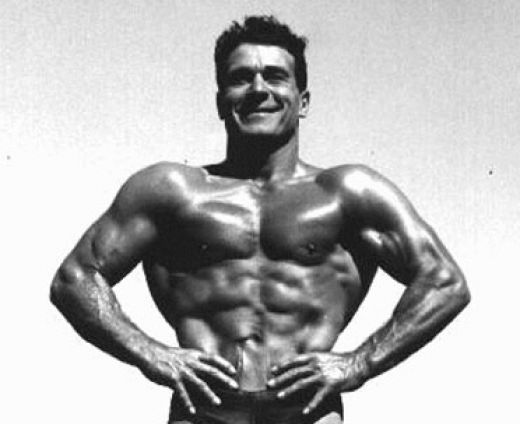 LaLanne’s life and example of what can be achieved only bolsters the connection readers will see through his life in themselves. I did. Who hasn’t had at least one time of being really sick for longer than expected? I remember thinking after two weeks of having a particularly health-wrenching flu, I’ve lost something and I’m not sure it will ever return. Part of that is attitude.

A good attitude is something LaLanne has down. Throughout the book catchy phrases like “the rest of your life is the best of your life,” and “today we know a thousand times more about diseases than our predecessors did generations ago, but apparently we know infinitely less about health,” are memorable and can easily be incorporated into daily thoughts that could lead to a permanent lifestyle change.

What LaLanne really suggests in this book is not adopting, but adapting. His lifestyle might have been considered extreme by some, but the changes laid out in Live Young Forever are remarkably doable. One of my favorite things about the book was the stretching section, which I did in my cubicle at work It took less than five minutes and made me feel rejuvenated and surprised at how much relief my muscles felt. To me, it seemed like the easiest way to start a new lifestyle. 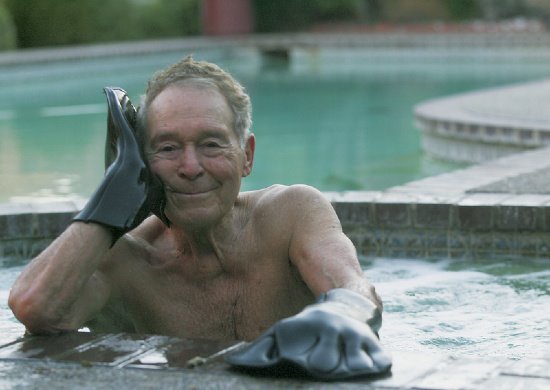 These secrets of life that LaLanne has used to keep himself healthy aren’t really secrets at all. Much of what he highlights is just common sense and basic biology.

Ultimately, there are numerous areas to think about when it comes to leading a healthy, balanced life. Foro many, it can be overwhelming to the point where we don’t even want to try. What LaLanne has tried to encompass in this book is a wealth of knowledge aimed at being accessible, not only in well laid out pages, but in content. He does that well.

What he’s really saying through these 12-step is how near you are to a healthy, happy life. You are so near he’s challenging you to take one step at a time in the right direction.