Peanut butter is a staple in many households, but it’s not for everyone.

Some people have a peanut allergy, while others avoid it for lifestyle purposes. Despite it being called a nut, peanuts are actually legumes, and lifestyles such as Paleo prohibit legumes from the list of approve foods.

Whether you’re allergic to peanuts, following the Paleo diet or have another reason to avoid peanut butter, there are plenty of other options for delicious nut (and seed) butters.

Note: This guide only covers ten of the most popular nut and seed butters. There are more peanut butter alternatives out there to try and enjoy!

Many of the nut butters below are an easy and delicious substitute for peanut butter. Be sure to read the description for each, as each nut butter has its own distinct taste and set of uses.

A close second to peanut butter, almond butter has been making the rounds and is now a widely available nut butter.

It matches peanut butter in creamy consistency, but it’s known for being healthier overall.

Unlike conventional peanut butters that contain sugar and hydrogenated oil, most almond butters have one ingredient: roasted almonds. They also deliver about 3 grams more of monounsaturated fat than peanut butter, which is good news for your heart.

Almond butter is a delicious addition to your favorite baked goods, and it goes great on a sandwich for those who want to switch up the traditional PB & J. 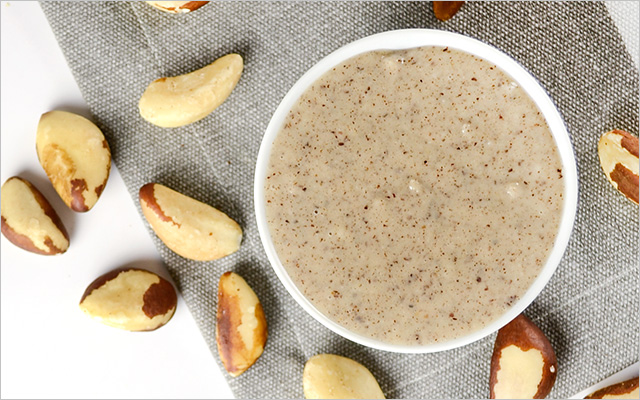 Brazil Nuts are a favorite of the Amazon where they are most often produced.

While they are considered a fatty nut, 75% of the fat is monounsaturated and polyunsaturated, which are considered healthy fats. Brazil nut butter also offers a good source of magnesium, copper, vitamins A and E, potassium, selenium and riboflavin.

Thanks to these nutrients, Brazil nut butter helps support healthy digestion. It also delivers 2 grams of fiber per serving. 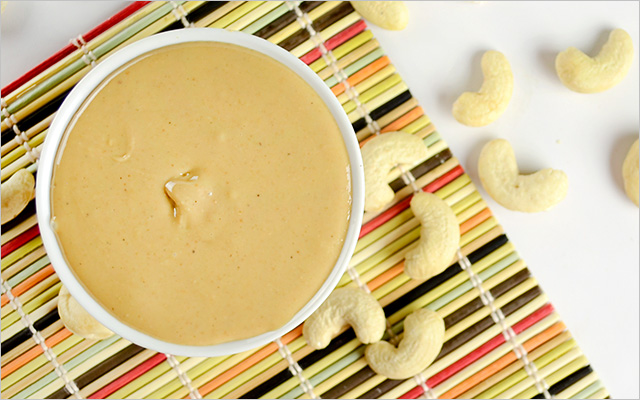 This delicious nut butter is growing in popularity, and it contains less fat than other nut butters. It is packed with protein and nutrients like phosphorus, magnesium, folate and iron that are good for heart and immune health.

Cashew butter has been used in various cuisines by the Portuguese since the 16th century, and today it is popular in sauces, curry dishes and baked goods. This sweet and rich butter also goes well with vegetables like celery. 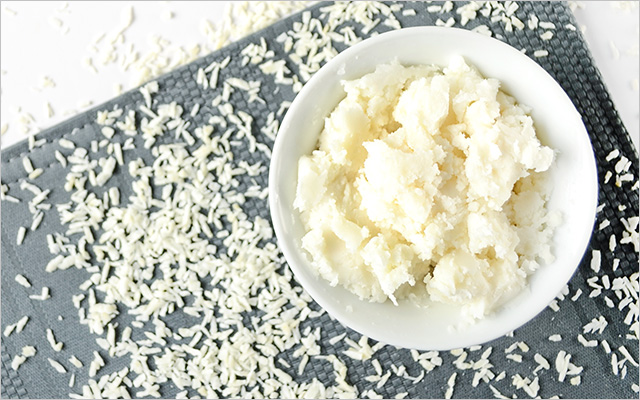 While coconut oil consists of pure fat, coconut butter is made from coconut meat that has been pureed. Coconut butter also delivers 2 grams of fiber, as well as amino acids, calcium, potassium, magnesium and iron.

Fortunately, coconut butter is just like oil in that it helps amp up your metabolism. It may not taste like most nut and seed butters, but it’s just as delicious.

Use coconut butter as a spread or add it to berries for a tasty dessert. You can also add coconut butter to baked goods recipes, or drizzle it over squash for a boost in flavor.

The FDA recognizes coconut as a tree nut, so we're including it in the nut butter section of our list of peanut butter alternatives just to be safe. Many people with nut allergies can safely eat coconut. 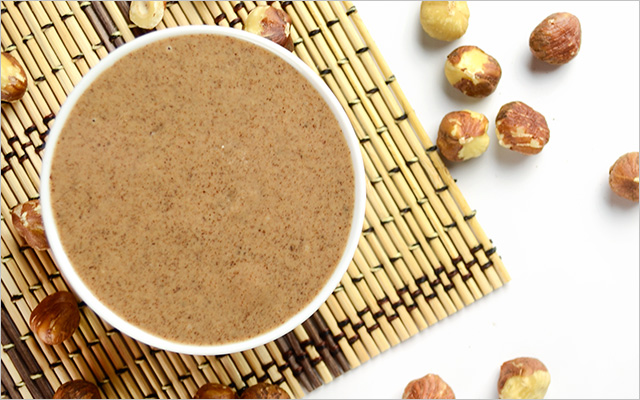 Hazelnut butter is packed with nutrients including magnesium, folate, zinc, iron and potassium, and it has over twice as much vitamin E as peanut butter.

Plus, it’s naturally sodium free! With all these benefits, what’s not to love?

Hazelnut butter is used in dessert recipes, and it will add a boost of flavor and benefit to your morning toast or oatmeal. 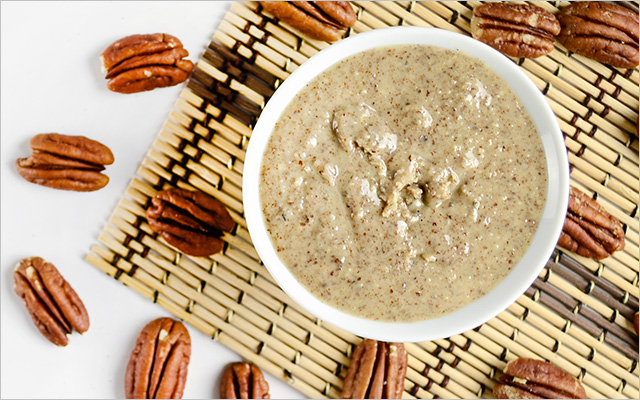 Pecans are known for having the highest fat content, but it’s mostly healthy monounsaturated and polyunsaturated fats.

They also contain more than 19 vitamins and minerals including vitamins A and E, calcium, magnesium and potassium.

Because of the nutrient content, pecan butter comes with a plethora of health benefits, including supporting digestive health, immune health, skin health, weight loss and anti-aging. Pecan butter is also a good source of fiber.

Not only is pecan butter a great spread for toast, but you can also make fudge with it and add it to baking and dressing recipes. 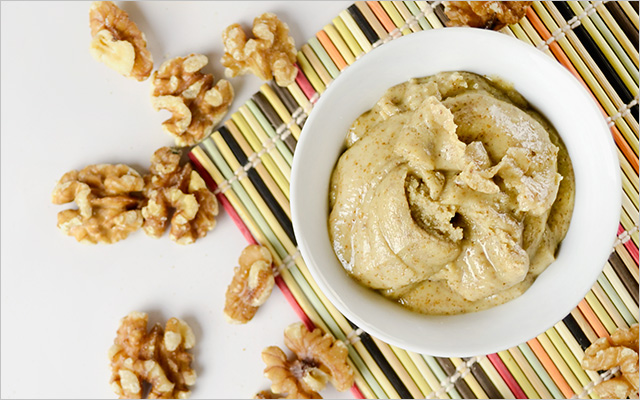 Walnut butter is one of the thickest nut butters due to its meat grinding down into a crumbly, stiff paste. It may be harder to spread on toast than other butters, but the taste is just as delicious.

While it is slightly lower in protein and higher in fat than the other butters, it’s known as one of the best vegetarian sources of omega-3 fatty acids. This butter is best in the refrigerator due to its high polyunsaturated fat content.

Walnut butter is a good peanut butter replacement and goes well with recipes that need binding and texture like veggie burgers. Dense and woody on its own, add a little something extra like cinnamon to boost the flavor.

If you have nut allergies, the variations above won't be a suitable replacement for peanut butter.

Instead, you can consider some of the delicious seed butters below. 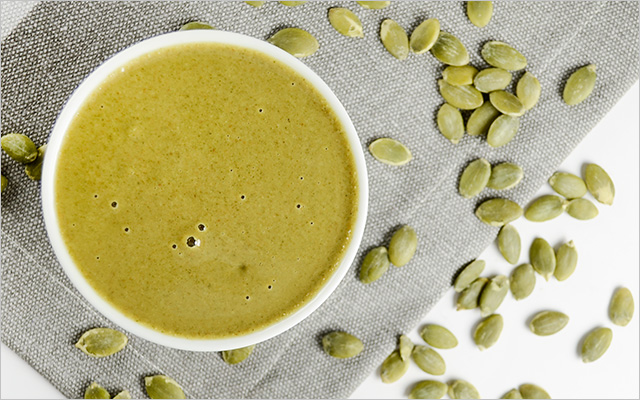 Pumpkin isn’t just for lattes and carving; it can also be used in the form of tasty nut butter!

Pumpkin seed butter is also a good replacement for anyone with a nut allergy.

The rich flavor of pumpkin seed butter goes well with vegetables like carrots and celery, or it can be added to soups, stews and recipes that call for peanut butter. 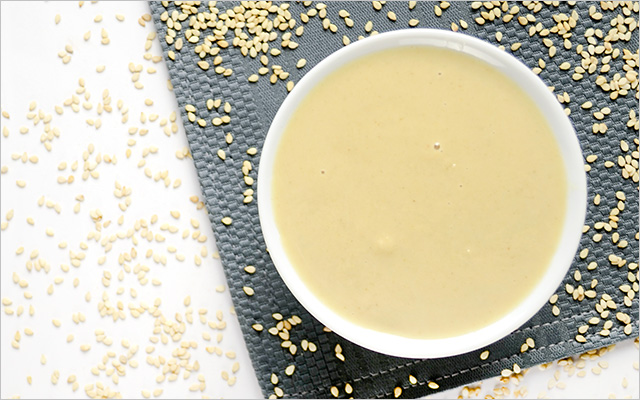 Sesame seed butter, also known as tahini, is a popular Middle Eastern food that has been around for centuries.

It offers a whopping 6 grams of protein and 4 grams of fiber per serving. It also contains thiamin, phosphorus, magnesium, potassium, vitamin E, B vitamins and omega-3 and omega-6 fatty acids.

Tahini is a versatile favorite in sweet and savory dishes such as sauces, dressings and spreads. It’s also perfect for hummus recipes. 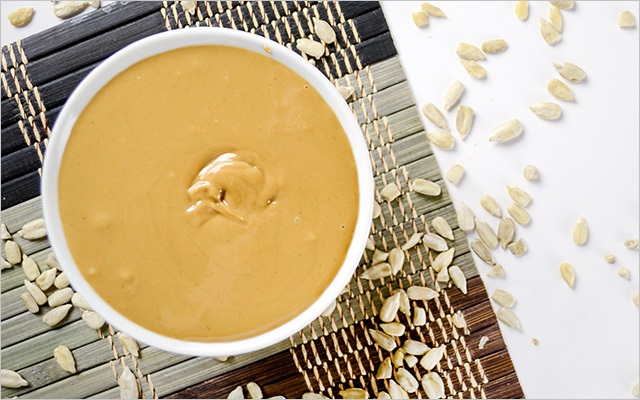 Sunflower seed butter has been around since the 1980s when sunflower seed sales were down. It was marketed as a peanut butter alternative.

Despite having a different consistency and flavor, it is still enjoyed today by sunflower seed lovers. It offers a good source of fiber, magnesium, niacin and vitamin E. Like with sunflower seeds, expect an earthier flavor than other nut and seed butters.

Use sunflower seed butter in salad dressings, sauces and baked goods or as an alternative to tahini or peanut butter. It also spreads smoothly on toast.

How to Make Your Own Nut Butter

Making your own nut butter is pretty easy if you have a nice blender or food processor.

It's as simple as putting the nuts or seeds in the blender or processor and processing them until they reach your desired texture. Some people prefer to soak the nuts first.

You can add your favorite oil, salt or a sweetener like honey if you feel like experimenting.

Want to make your own nut butter? Try these recipes!

What peanut butter alterntives do you like to use? What is your favorite nut or seed butter?