What are the Side Effects of CoQ10?

In the case of CoQ10, the potential benefits usually far outweigh the potential for mild side effects, but there are some possible interactions to keep in mind.

Coenzyme Q10 is found naturally in many living things, including plants, bacteria, animals and even humans. It’s officially classified as an antioxidant, but our cells use it for the production of adenosine triphosphate (ATP), which helps give cells energy and vitality for healthy growth and maintenance.1 Because CoQ10 is essential, it’s often considered a vitamin-like nutrient, but our bodies make some of it naturally so it isn’t classified as a vitamin.

But just because we make some CoQ10 doesn’t mean we make enough of it for optimal health. And as we age, our natural CoQ10 production starts to decline.2 We still make it when we get older, just not as much of it, and that may cause some health concerns. There are also medications and other factors that may affect how much CoQ10 our bodies produce. CoQ10-rich foods and CoQ10 supplements may help keep your levels of this vital coenzyme up and promote wellbeing.

CoQ10 promotes health at a cellular level, supporting cellular energy and working hard as an antioxidant to fight free radicals and damage from oxidative stress. It may also help promote a healthy heart and nervous system, and support muscle strength and physical performance.3

CoQ10 deficiencies have been linked to other nutritional deficiencies, as well as genetic defects, chronic issues and mitochondrial concerns.2 Low CoQ10 levels may also be a side effect of statin treatments.1

Early research suggests that high doses of CoQ10 might be beneficial for people concerned about nervous system health and body movement.3 CoQ10 may have an influence on autonomic nervous activity in healthy subjects.4 The autonomic nervous system regulates some very important, involuntary functions of the body including the heart, smooth muscles, intestinal tract muscles and glands.6

Skeletal muscles need CoQ10 for energy, growth and repair.7 And many physicians recommend CoQ10 supplements to people who take medicines that may cause muscular symptoms.7 CoQ10 may help relieve weakness and other muscle concerns related to taking statins, since those symptoms may be linked to a statin-induced CoQ10 deficiency.7 Statins can block the body’s ability to produce CoQ10.7

CoQ10 and Physical Performance
Coenzyme Q10 plays an important role in energy production, making it a candidate for physical performance studies, but the jury is still out on confirmed benefits. One study suggests CoQ10 may increase endurance during exercise, helping healthy individuals (both trained and untrained) exercise for longer periods of time.8 However other studies concerning CoQ10 and physical performance have produced mixed results.3

Some lesser-studied CoQ10 uses include weight management, skin health and reproductive health. Read CoQ10 Benefits: What You Need to Know to learn more.

There is no established daily intake of CoQ10, but a typical daily dose is 100 mg to 200 mg per day.9 Studies have used doses ranging from 50 mg to 1,200 mg per day, and even up to 3,000 mg per day in some cases, usually split up over several doses throughout the day.7,9 Here are some CoQ10 dosages used in studies for particular areas of health.

CoQ10 is best taken with a meal or alongside an oil-based supplement, like krill oil or coconut oil, because it is fat-soluble. The presence of fat will help your body break CoQ10 down to absorb it.5 Always follow the usage instructions provided on any supplement you use, and consult with your healthcare provider if you intend on exceeding the recommended dosage.

CoQ10 has a great safety record when taken as directed.7 It is considered “likely safe” for most adults and “possibly safe” for children when taken orally, but never give CoQ10 to a child without consulting with the child’s physician first.10 Also, don’t take CoQ10 while you are pregnant or nursing unless directed by your doctor.

If you are taking medications or are undergoing treatment for any health concerns, always check with your doctor before starting a new supplement. CoQ10 is generally well-tolerated, but there are some potential side effects and interactions.10

What Are the Potential CoQ10 Side Effects?

The safety record of CoQ10 makes it a great choice for supporting health and wellbeing for those who need it. However, as with any supplement, some individuals do experience CoQ10 supplement side effects. Side effects of CoQ10 are rare and typically mild. They can include diarrhea, nausea and heartburn.9 There have also been instances of individuals taking 100 mg or more of CoQ10 per day experiencing changes in mood or digestive wellness.11

The CoQ10 in Swanson Health supplements is an all-natural trans isomer derived from yeast fermentation. Supplements provide a more concentrated form of the coenzyme than what’s found in most CoQ10 food sources and CoQ10 supplements, and they rarely cause problems. But as mentioned above, there have been some rare, mild side effects from CoQ10. If you are concerned about CoQ10 supplement side effects, talk to your doctor or pharmacist first, especially if you are taking prescription medications, because there are some potential interactions. Some common interactions are listed below.

Blood pressure
CoQ10 may increase the effects of some medications used to lower blood pressure.10

Surgery
CoQ10 may interfere with blood pressure control both during and after surgery, so stop taking it at least two weeks before a surgical procedure.10

CoQ10 may decrease the effectiveness of blood thinners. If you are taking a blood thinner, talk with your doctor before taking CoQ10.3

Delivers 100 mg of Swanson Ultra CoQ10 as ubiquinone per softgel to promote cardiovascular wellness and support ATP production in the body.

Pharmaceutical-quality ubiquinol in the first stabilized, bio-identical CoQ10 supplemental form of ubiquinol, the same form as 90% of the CoQ10 stored in the body. This supplement achieves higher elevations of circulating CoQ10 in the bloodstream with just a fraction of the dose and promotes healthy heart function. This supplement is also available in a smaller bottle, see Swanson Ultra Ubiquinol (100 mg CoQ10, 60 count)

The next generation of CoQ10 supplementation! This bioavailable form of CoQ10 is ready for immediate utilization by your body and achieves higher elevations of circulating CoQ10 in the bloodstream with just a fraction of the dose.

Want to learn more about benefits, uses and natural food sources of Co10? Read CoQ10 Benefits: What You Need to Know and CoQ10 Food Sources. 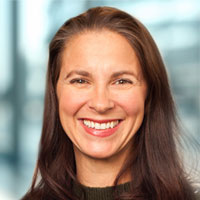 Amy is a registered dietitian, nutritionist and author with more than 20 years of experience in the supplement industry. Amy is passionate about dietary supplements and the health benefits they offer. She enjoys working to find novel nutritional ingredients with strong clinical research behind them to drive innovation and provide health-promoting products to consumers.