Fans of iced coffee rejoice! There’s another way to amp up your coffee game, and it’s so much cooler than just adding ice.

Cold brew coffee has been growing in popularity, but not many people know why it’s popular or how to make it (Trust us, it’s easy!). 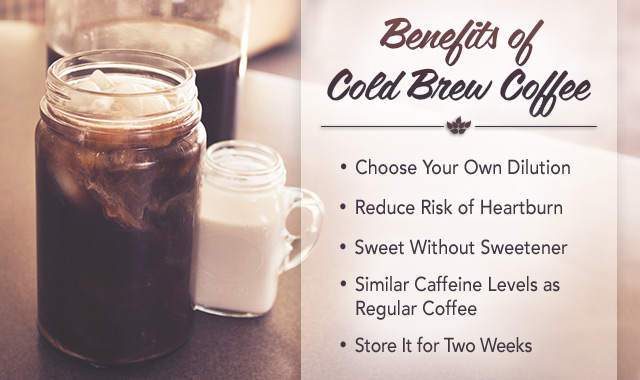 Choose Your Own Dilution

Unlike traditional iced coffee, cold brew coffee is cooled right away and doesn’t require ice or added water. But if the coffee is too strong, add some ice! It’s better to start off strong. After all, friends don’t let friends drink watery coffee.

Heartburn is no joke. The National Heartburn Alliance reports that 54 million Americans deal with heartburn on a regular basis. A whopping 75% of those people claim that coffee is one culprit.

Intense heat causes a change in the chemical profile, resulting in a spike in acidity. Brewing coffee at a colder temperature dramatically reduces acidity.

Another downside to traditional coffee brewing is that the heat causes coffee to have a more bitter taste due to the acid level. The lower acid level in cold brew coffee results in a sweeter-tasting beverage.

If you usually add some form of sweetener to your coffee, try cold brew without adding anything first. You’ll be surprised by the difference!

Caffeine Stays About the Same

This one is a bit tricky. Caffeine dissolves faster with hot water than cold. But because more coffee means more caffeine, and the coffee-to-water ratio is at least two times greater with most cold brew coffee recipes, you’re likely to come out about even. The longer steep time that comes with cold brew also helps raise caffeine content.

If you’re looking for less caffeine, make your coffee-to-water ratio equal to how you brew hot coffee.

I don’t know about you, but I wouldn’t drink regular coffee a week later. Proper cold brew coffee storage helps this tasty beverage last up to not one, but TWO weeks! Simply keep it in a container with a lid and pour as needed. 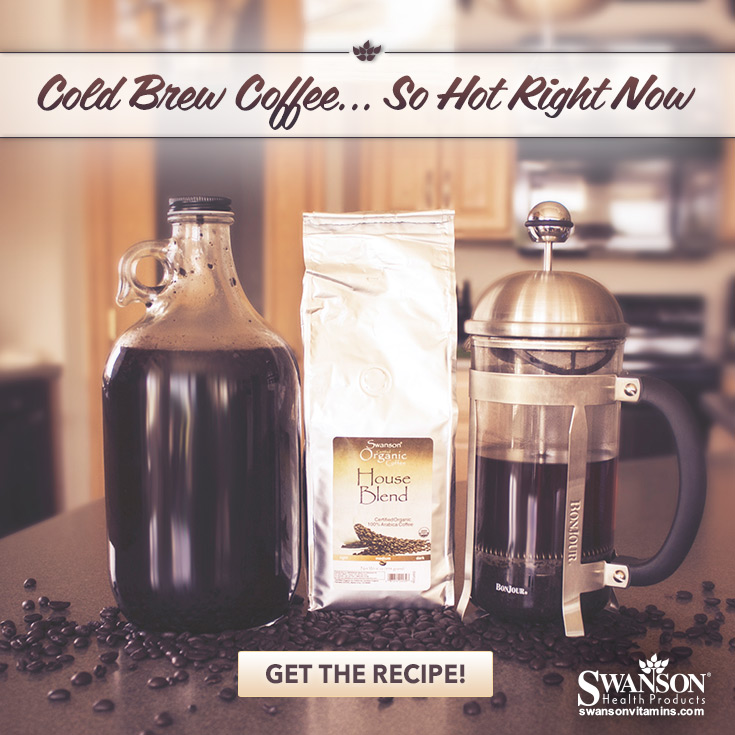 How to Make Cold Brew Coffee

Now that you know about the benefits of cold brew, let’s make some coffee!

Below are two simple, effective cold brew coffee recipes. Both methods brew enough coffee for multiple cups, so you can save some to dilute later. 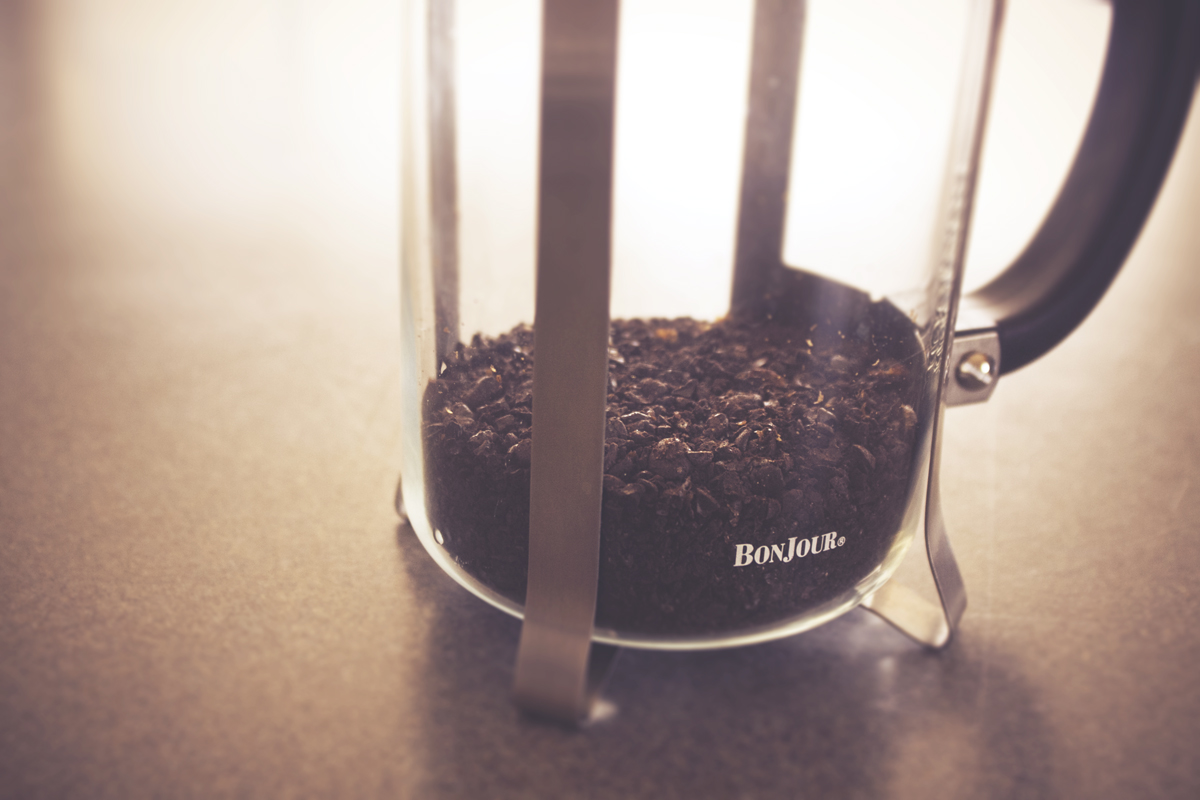 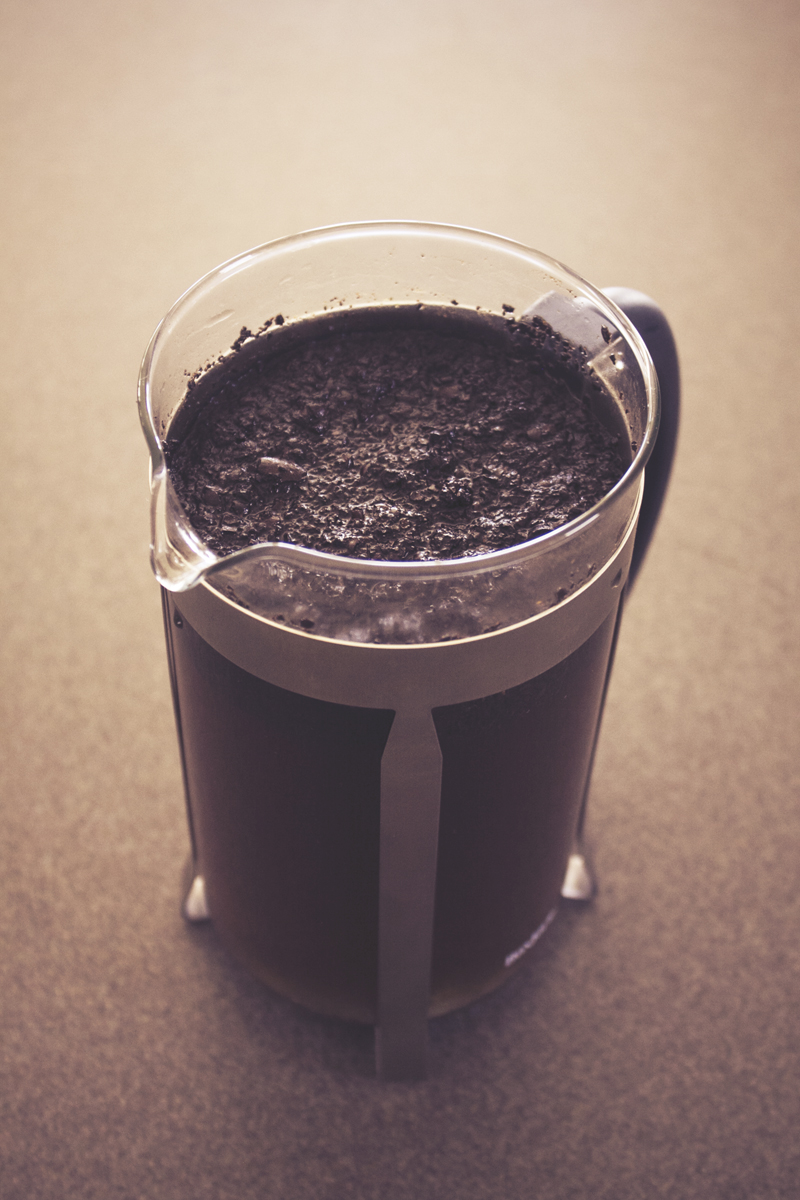 Step 4: Cover French press with lid. Don’t press down on the plunger.
Note: You can also use plastic wrap to cover the French press.

Step 5: Allow coffee to brew for 12-24 hours at room temperature.

Step 6: Once brewed, slowly press down on the plunger to separate the beans from the coffee. 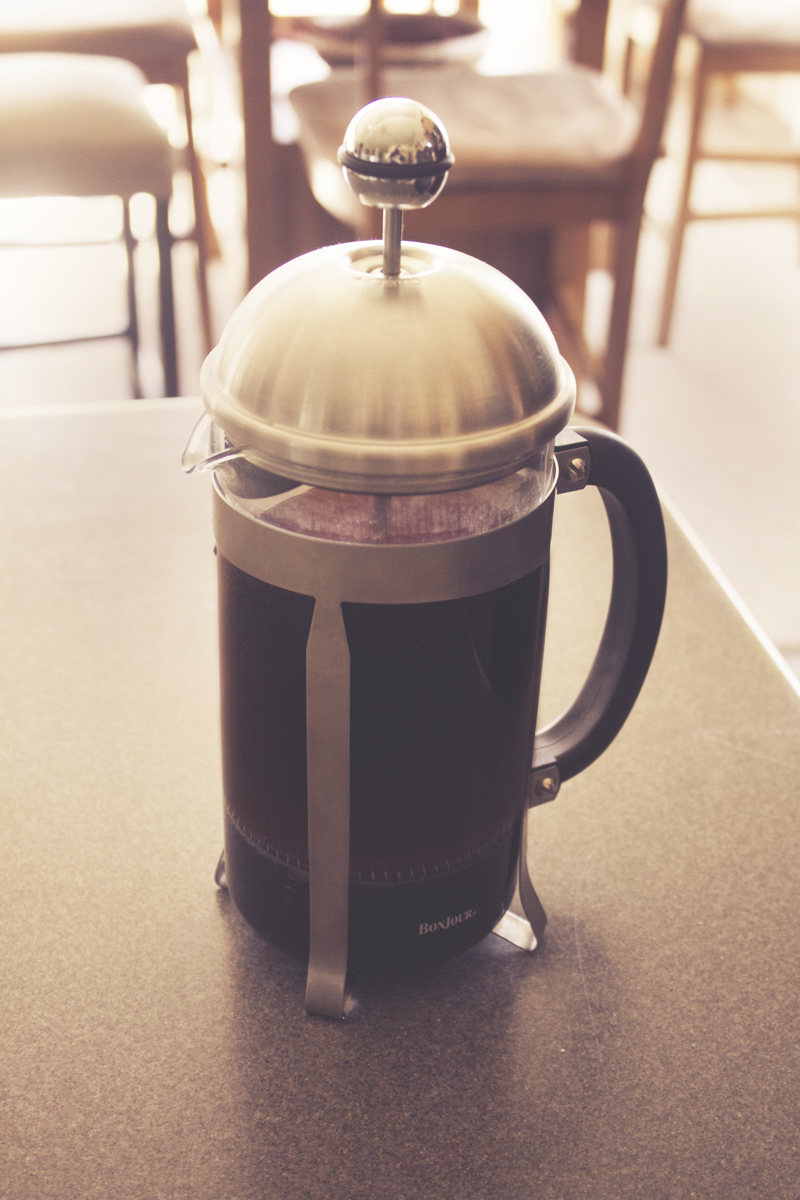 Step 7: When you’re ready to drink, pour the coffee into a glass or Mason jar. Add ice, coffee ice cubes, milk or other ingredients to suit your preferences. 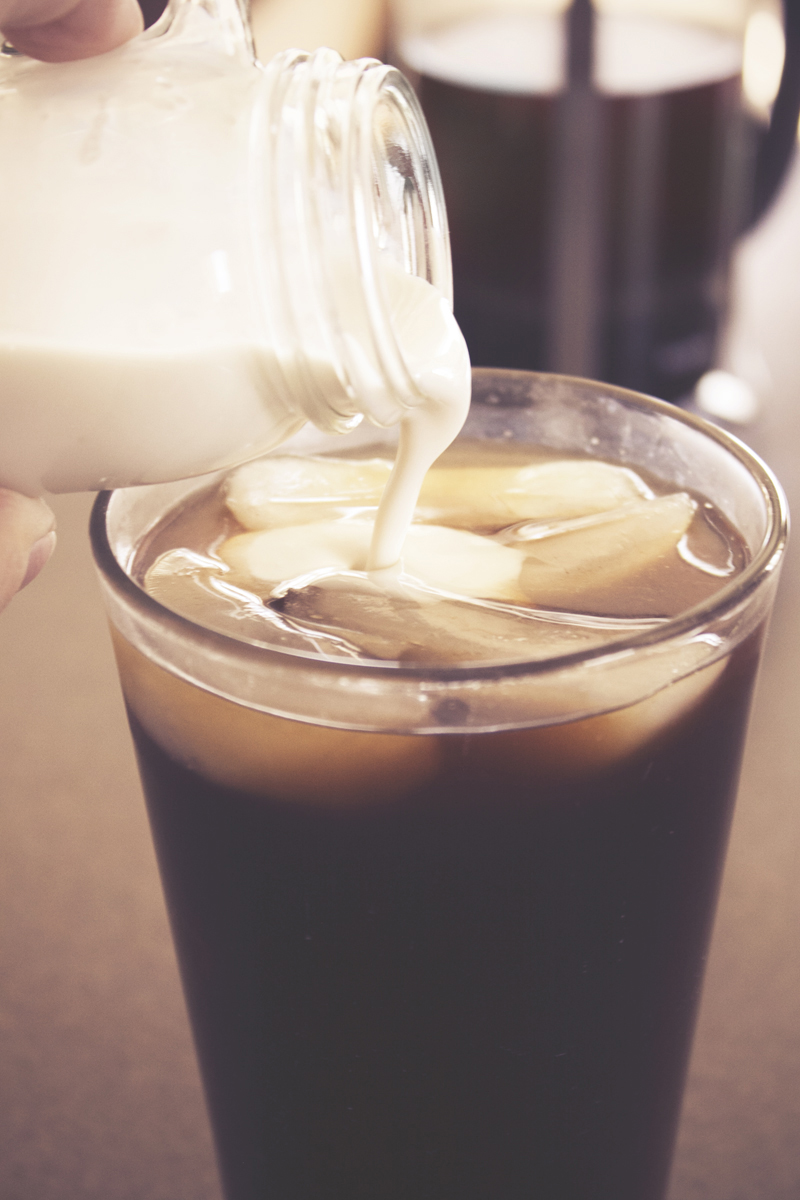 Step 8: The most important step… ENJOY!

The second cold brew method involves two growlers (or Mason jars, quart size or larger), a funnel and a nut milk bag or cheese cloth. We used a nut milk bag in the process below.

Step 3: Cover the growler and shake to combine grounds and water.

Step 4: Allow coffee to brew for 12-24 hours at room temperature. 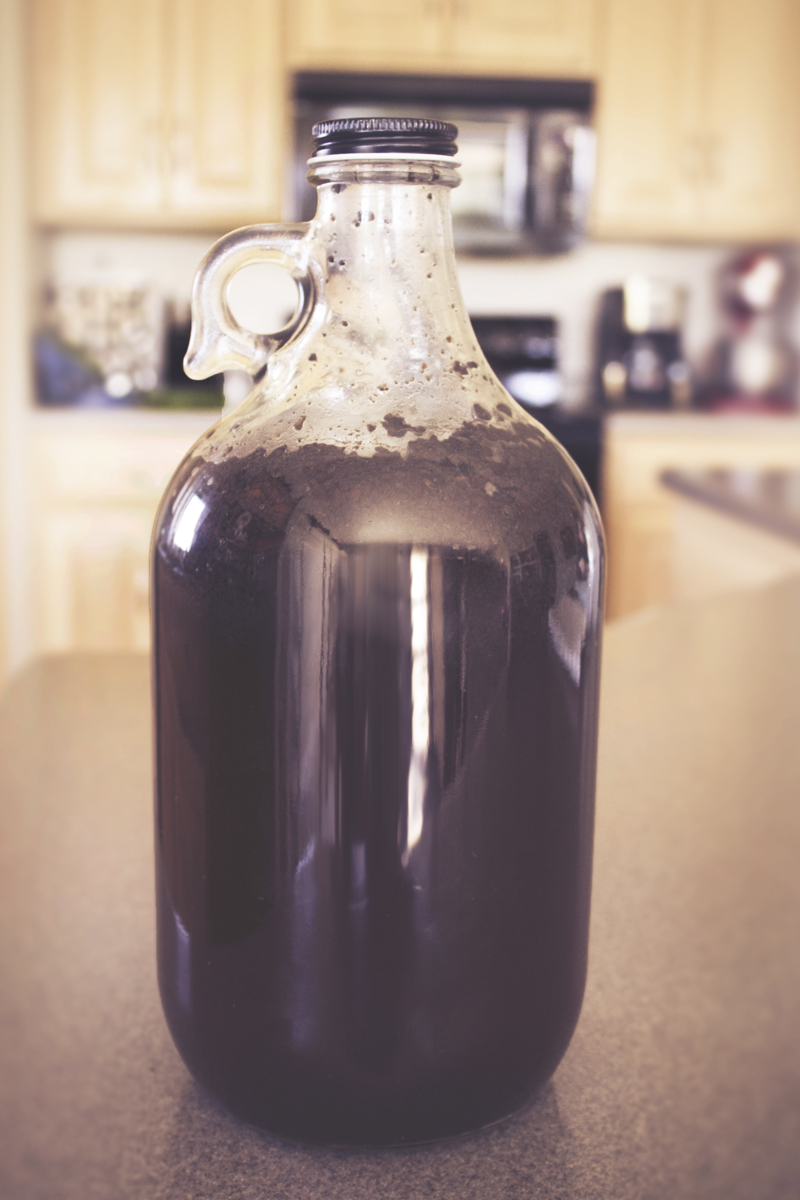 Step 5: Once brewed, place the nut milk bag in the funnel and set the funnel on the second growler.

Step 6: Pour the brewed coffee into the funnel, allowing the nut milk bag to catch the grounds. 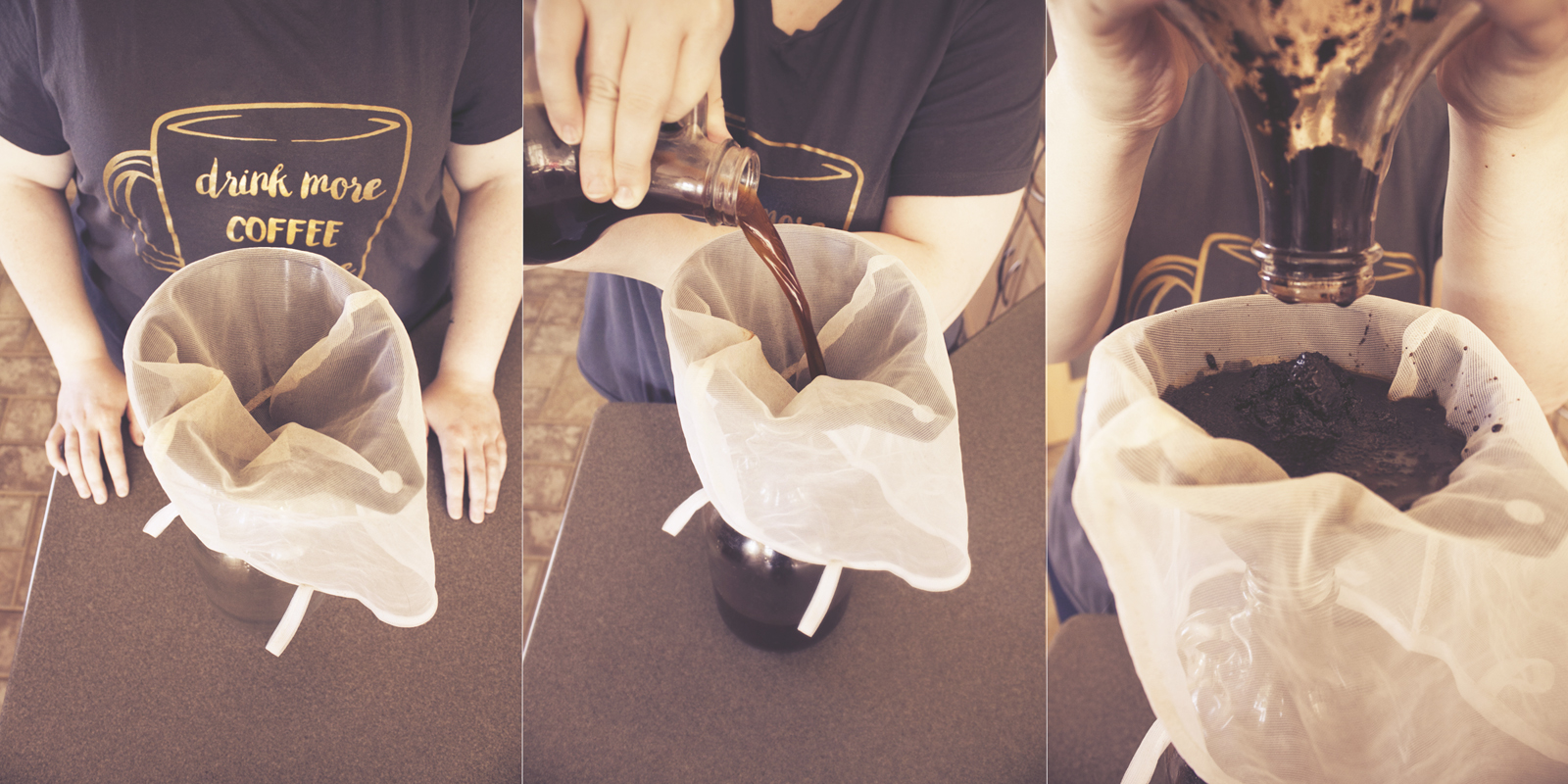 Step 7: When you’re ready to drink, pour the filtered coffee into a glass or Mason jar. Add ice, coffee ice cubes, milk or other ingredients to suit your preferences. 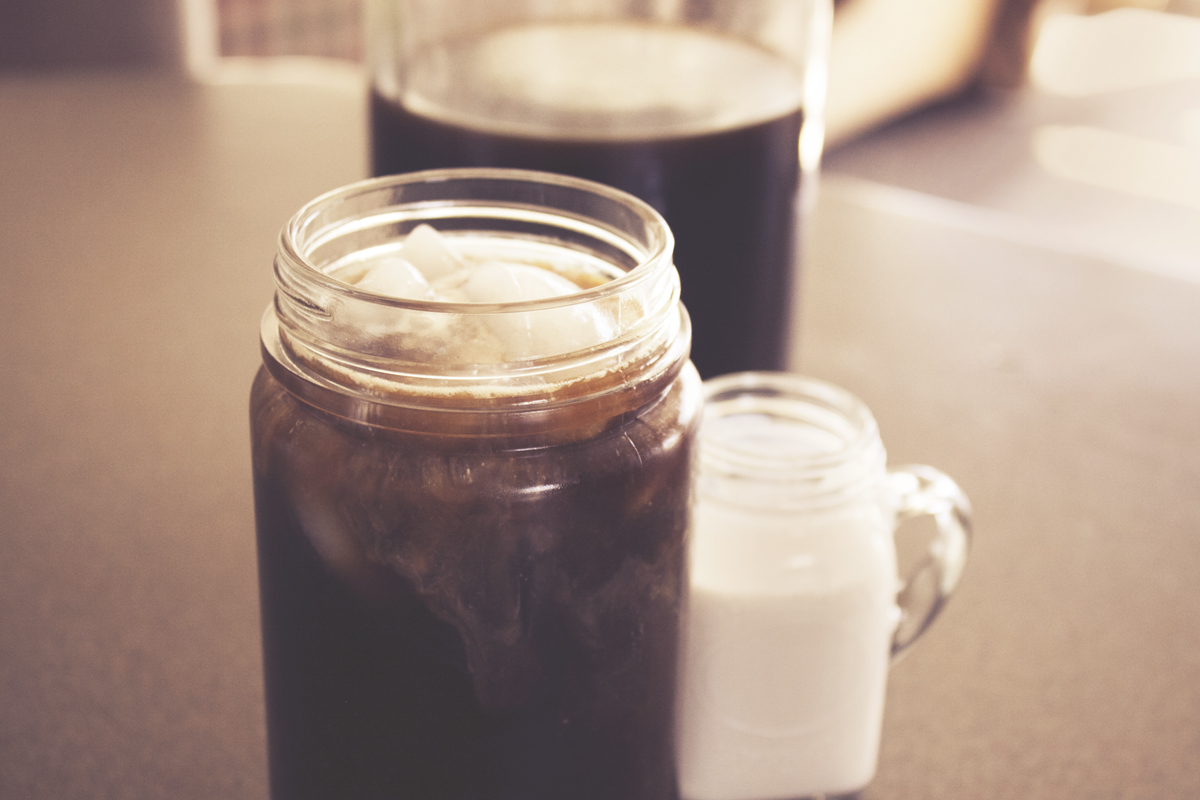 Step 8: The most important step… ENJOY!

There are other ways to make cold brew coffee, but we found the two above to be the simplest methods for at-home brewing.

Remember, cold brew coffee shelf life is about two weeks, so no matter which method you choose, you can take comfort in knowing that leftovers are just as good as the first cup. 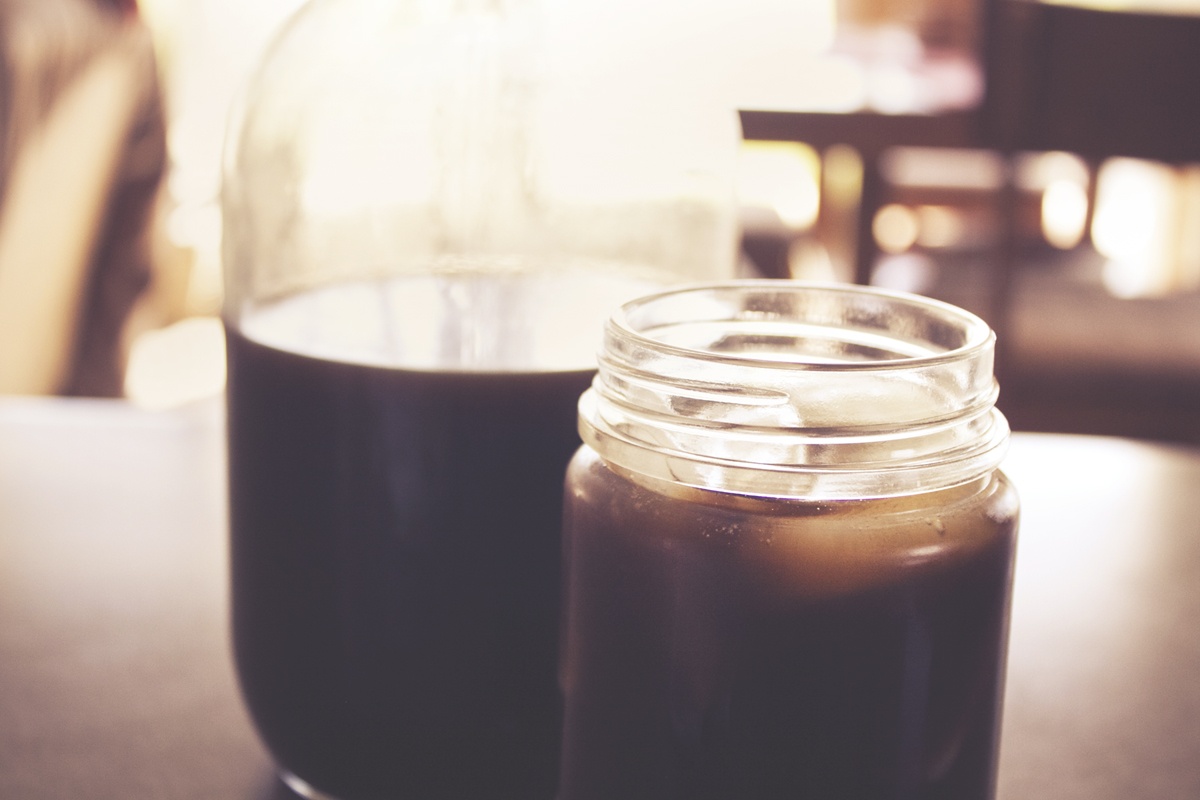