My first tea post outlined various types of tea along with their brew times, recommended water temperatures and caffeine content. I also looked at the difference between loose leaf and tea bags, preparation tips, and various facts about specific teas.

My second tea post dug a little deeper into why people drink various types of tea apart from enjoyment. Benefits included teas to wake up, fall asleep, support immunity, promote stomach comfort and metabolism, and so much more. Rest assured that if you’re looking to benefit your health, there’s a tea for that.

Now it’s time to get to the facts.

I compiled a list of 50 things you probably don’t know about tea, including its centuries-old history, who produces it, who’s drinking it and all the other tidbits in between.

So sit back with your tea of choice and learn everything you need to know about this universally popular beverage.

China: Where It All Began

1Tea was discovered in 2737 B.C. by Chinese Emperor Shen-Ning. Tea leaves accidentally blew into his pot of boiling water, and thus tea was born.

2Tea started being cultivated and processed in 400 A.D. as demand grew.

3Tea lost its aristocratic status in 1280 after the Mongols took over China. The drink then became popular among the masses.

4Steeping whole tea leaves in pots became more popular after the collapse of the Ming Dynasty (1368-1644) when tea was more accessible.

5Today, China is the largest producer of tea.

6Black tea is referred to as “red tea” in China.

7Tieguanyin tea is the most expensive type of tea in the world. This rare Chinese tea costs about $1,500/lb. An oolong tea, it is named after the Buddhist deity Guan Yin. 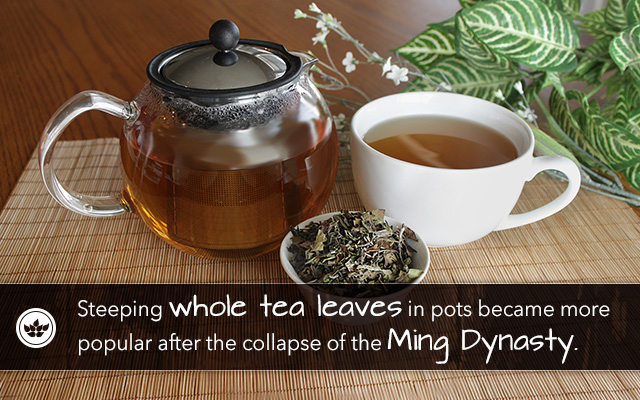 8Approximately 1.42 million pounds of tea is consumed daily in the United States.

9Roughly 85% of tea consumed in the United States is iced tea.

10Tea bags were invented in the early 1800s in the United States as a way to hold tea samples brought over from India.

12Iced tea was invented in the United States in 1904 by Richard Blechynden.

13Tea’s popularity declined in the United States after the Boston Tea Party of 1773 when Massachusetts colonists dumped hundreds of tea chests into the Boston Harbor to protest tea taxes. Coffee remains the preferred beverage to this day.

14The only state with a major tea plantation is South Carolina. This is where the brand American Classic is made, which has been the official White House tea since 1987.

15The United States is the second largest importer of tea, the first being Russia. About 84% of imported tea is black with 15% being green and the rest being Oolong and white.

16Approximately 87% of Millenials are tea drinkers, making them the highest percentage of any age group to consume tea.

18Hot tea sales have increased over 17% in the last five years in the United States. 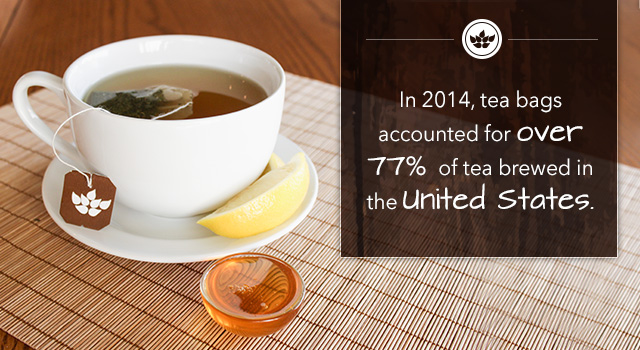 20Ireland and Britain are the first and second largest nations of tea consumers per capita.

22Only men were allowed to consume tea in public coffee houses until 1706 when the Twining family opened the Golden Lyon, a women-allowed teashop. The shop remains open today.

23Illegal tea smuggling occurred in the late 18th century in Britain due to taxes. Tea was mixed with other tea types and additives that were oftentimes poisonous. The government intervened in 1785 by lowering taxes, making tea affordable once again.

24The Aerated Bread Company created a tea room in one of their unused rooms, giving women a place to meet away from the home. The idea became extremely popular and widespread.

25Thomas Johnstone Lipton opens his first shop in Glasgow, Scotland in 1876. Today, Lipton is the world’s most popular and best selling tea brand.

26“Elevenses” were created in England as a way to help stay alert with a “cuppa” and some cake. High tea is designed as a reinforced snack break.

28Europeans start paying attention to tea in 1589 when a Venetian author mentioned that Asians live longer from consuming it.

29Tea is the national drink in Iran and Afghanistan. Green and black are their most popular teas, both of which are prepared with sugar.

30Russia recognized tea in the 17th century, but it wasn’t widely popular until the 19th century due to cost. Russian tea is prepared in a samovar, a heated metal container that keeps tea hot for several hours.

31In Morocco, tea is poured high above the glass so that it has a slightly frothy head. Men are also responsible for pouring the tea.

32About 5 billion tea bags are produced each year at the Lipton Tea Factory in Jebel Ali, Dubai.

33Most tea is grown between the Tropic of Cancer and Tropic of Capricorn in mountainous areas of 3,000-7,000 feet above sea level. Tea producing countries include Argentina, China, India, Indonesia, Kenya, Malawi, Sri Lanka and Tanzania.

34The most popular tea in Europe is black, whereas green is most popular in Japan and China. Overall, 75% of tea consumers prefer black tea. Oolong and white teas are generally less popular.

35The Japanese Tea Ceremony involves a small group of four or five people who gather to socialize while consuming matcha green tea and sweet snacks. This ritual originated as a way for the social elite to further their status.

36Chai tea means black tea mixed with spices in the United States, but the word “chai” actually means “tea” in other countries. Order a masala chai in Europe and Asia, which translates to “spiced tea.”

37Not only is tea drunk in Burma, but it is also pickled to produce what is called lephet. This delicacy is served at social gatherings with other sides like shrimp, sesame seeds, garlic, peanuts and dried peas.

38Cultivation of tea is the second largest industry in India after tourism. Despite tea originally coming from China, Indian tea is the variety most often consumed.

39In Tibet, consumers drink tea with salt and butter mixed in. 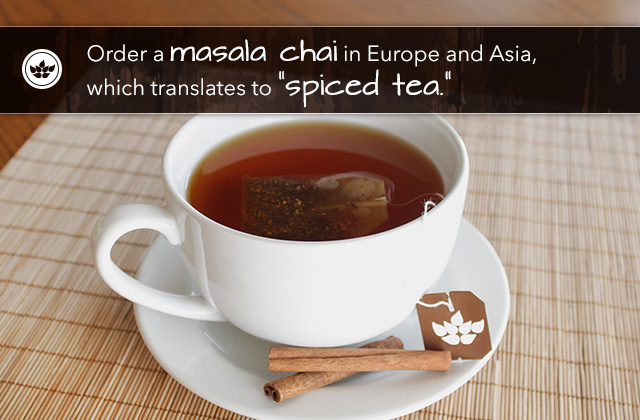 40After water, tea is the most widely consumed beverage in the world.

41All types of tea come from the plant Camellia sinensis. How the leaves are processed determines the specific types.

43Loose leaf and bagged teas should be tightly sealed in a tin or jar due to tea’s absorption of moisture.

44A tea plant can take four to 12 years to produce seed and about three years before a plant is ready for harvest. These plants require about 50 inches of rain per year.

45Only the flushes of the tea plant, or the top 1 to 2 inches, are picked for processing tea. It takes about seven to 15 days for new flush to grow during the season.

46Worldwide, more than 300 tons of tea is produced annually.

47Tea sets in the 18th century were made with numbered spoons so the host could remember which guests needed refills.

48Actors will oftentimes drink watered-down tea when their character is thought to be drinking whisky.

50To save money, prepare your tea at home. Costs average about 3 cents per cup. Tea remains one of the most economical drinks around today. 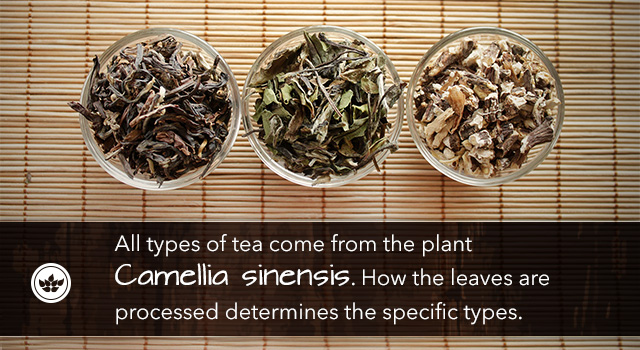 What was the most interesting thing you learned about tea?

What tea are you enjoying this week?