Breakfast hashes are some of my favorite, effortless meals.

What’s in a hash? Typically, potatoes (or sweet potatoes), chopped up veggies, some type of protein…all topped with an egg.

They’re so versatile, it would be difficult to say you don’t like hashes!

To prove how versatile they are, I browsed the web for breakfast hash recipes that range from basic to unique. I’ve put together 25 recipes, each a little different, so there’s bound to be a hash recipe you’ll fall in love with! 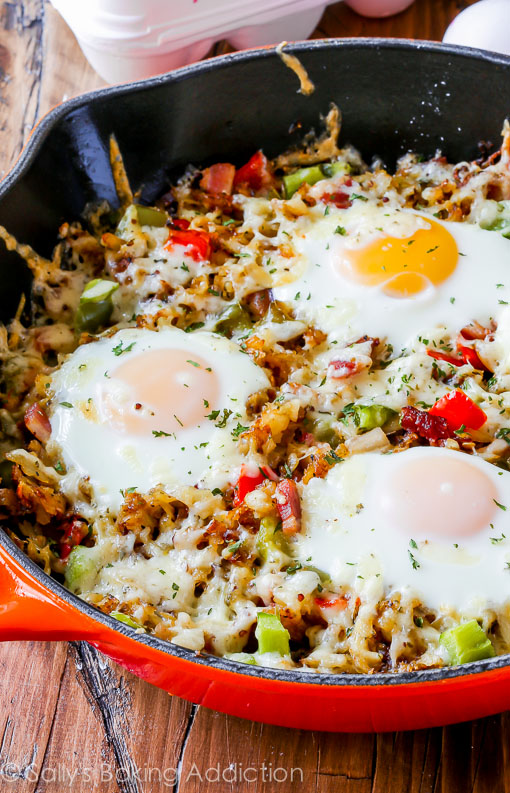 Not only does this recipe look delicious, it’s a simple, basic breakfast hash! 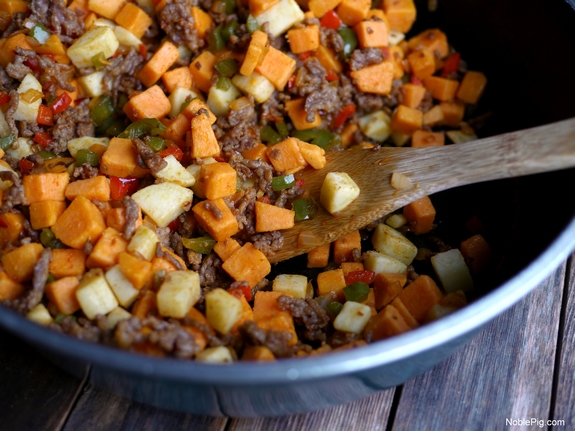 This is a great starter breakfast hash! Sausage pairs well with sweet potato. Top it with an egg and you’re good to go. 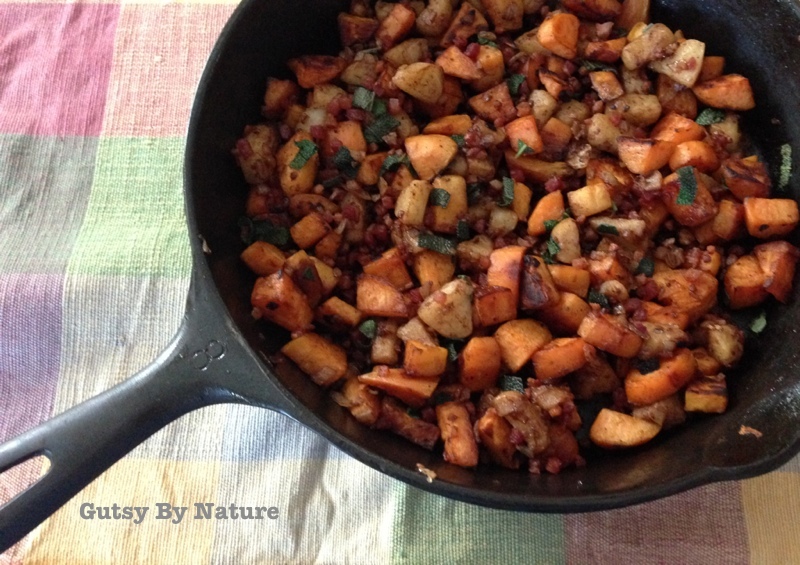 Sweet and savory are the kings here! This breakfast hash recipe will not disappoint. 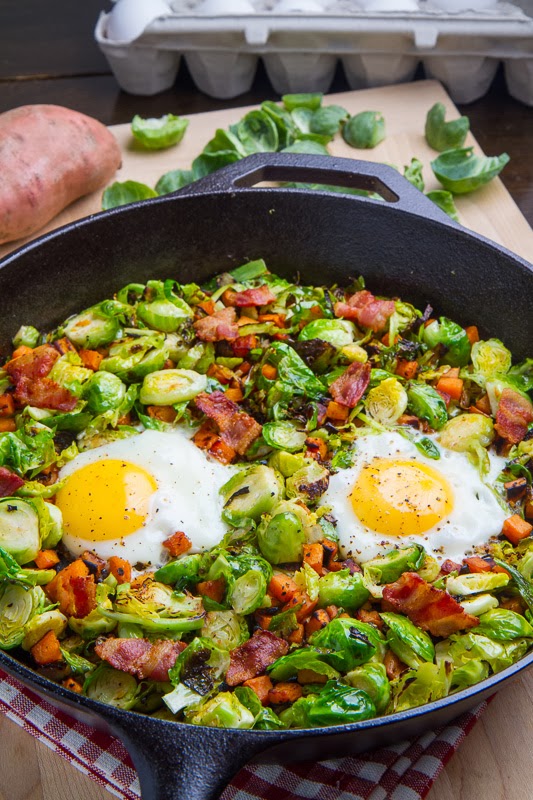 Brussels sprouts for breakfast? Trust me, this is a delicious way to get your greens! 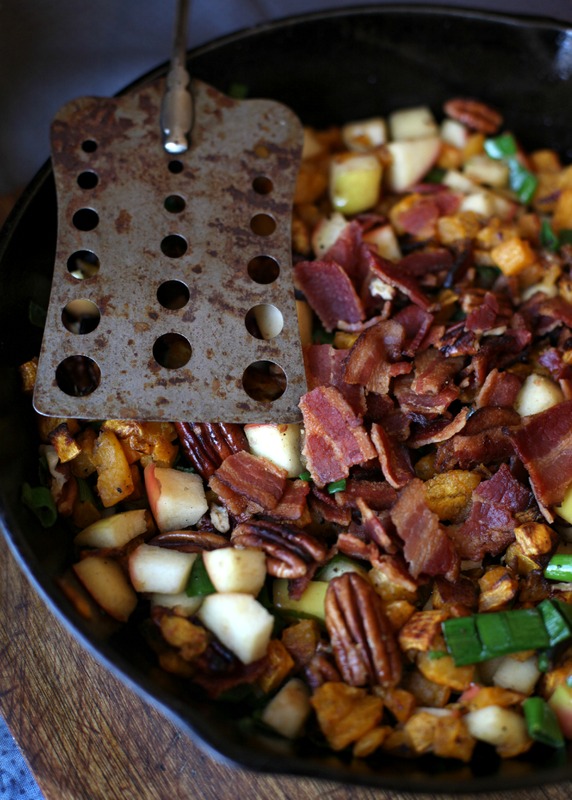 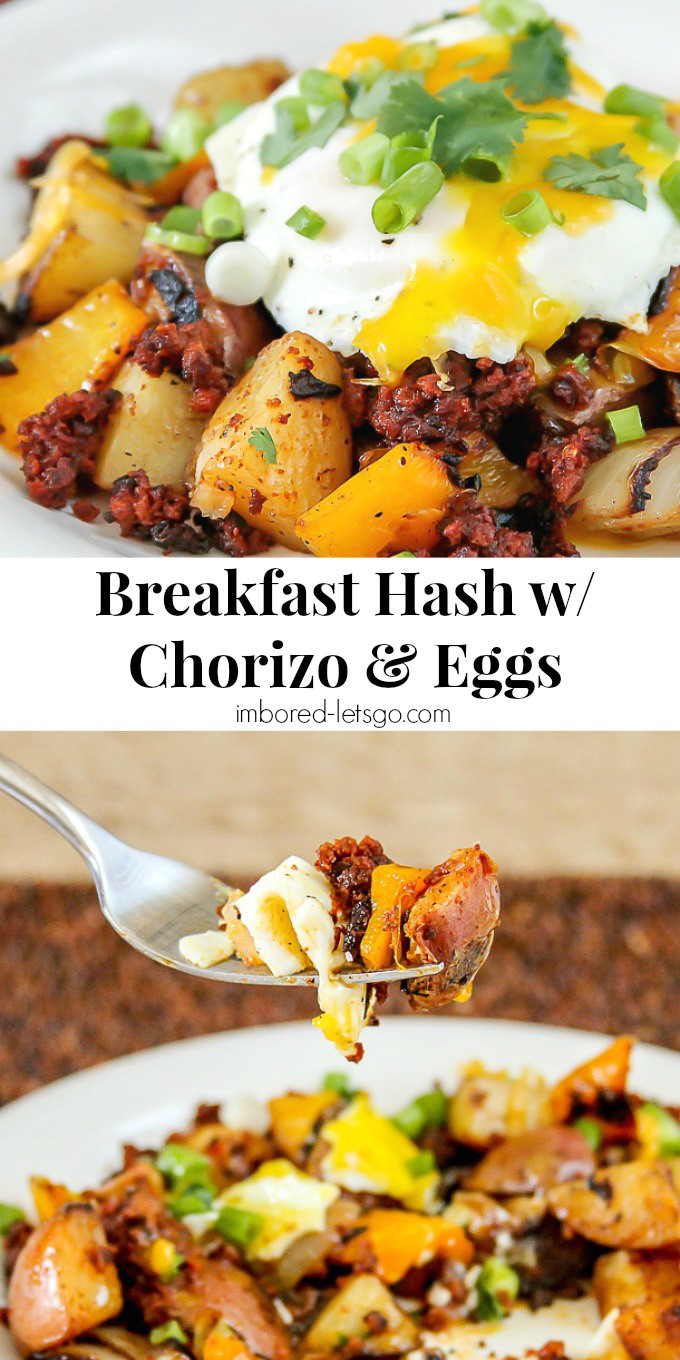 This hash recipe features spicy chorizo and includes an option for mixing scrambled eggs into the hash – brilliant! 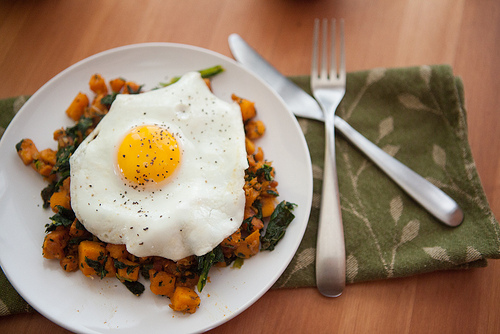 Breakfast, brunch, or brinner (breakfast for dinner)? You decide! This simple hash is very versatile. 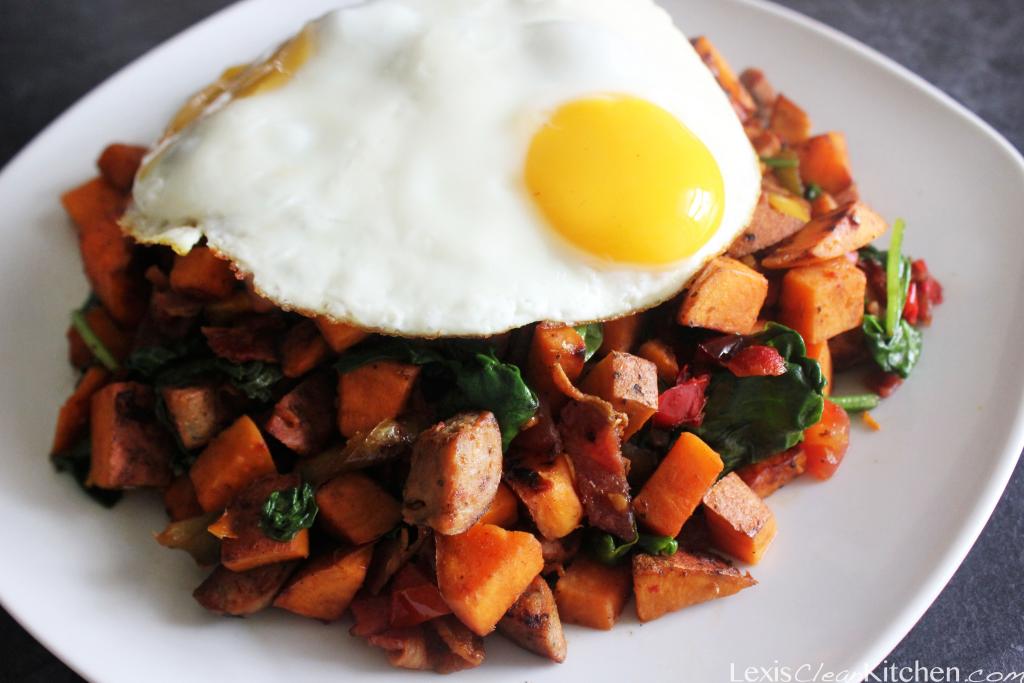 This hash is easy on the spices but still packed full of flavor! This is a simple option for the hash beginner. 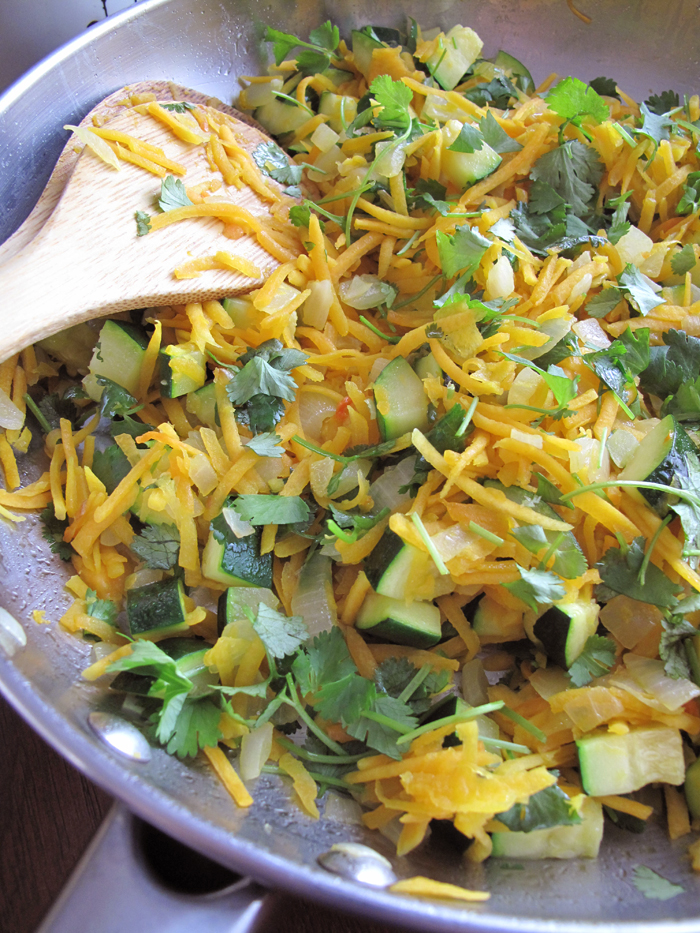 What a colorful breakfast! Butternut squash and cilantro combine to brighten your morning plate. 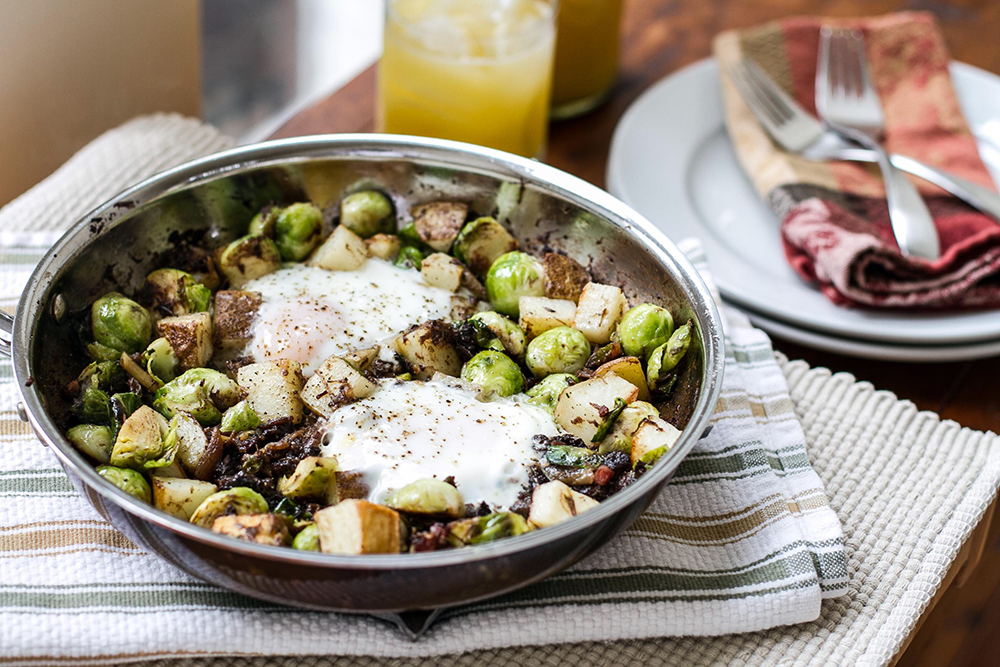 This simple hash features leftover braised beef and Brussels sprouts. Are you sensing the trend of how versatile hashes can be? 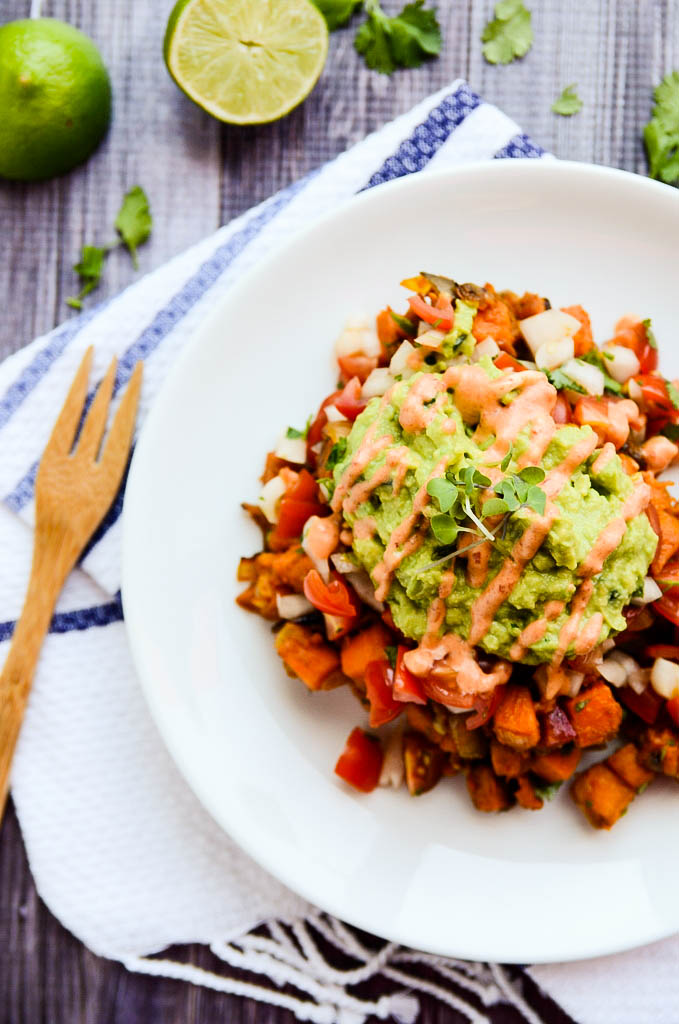 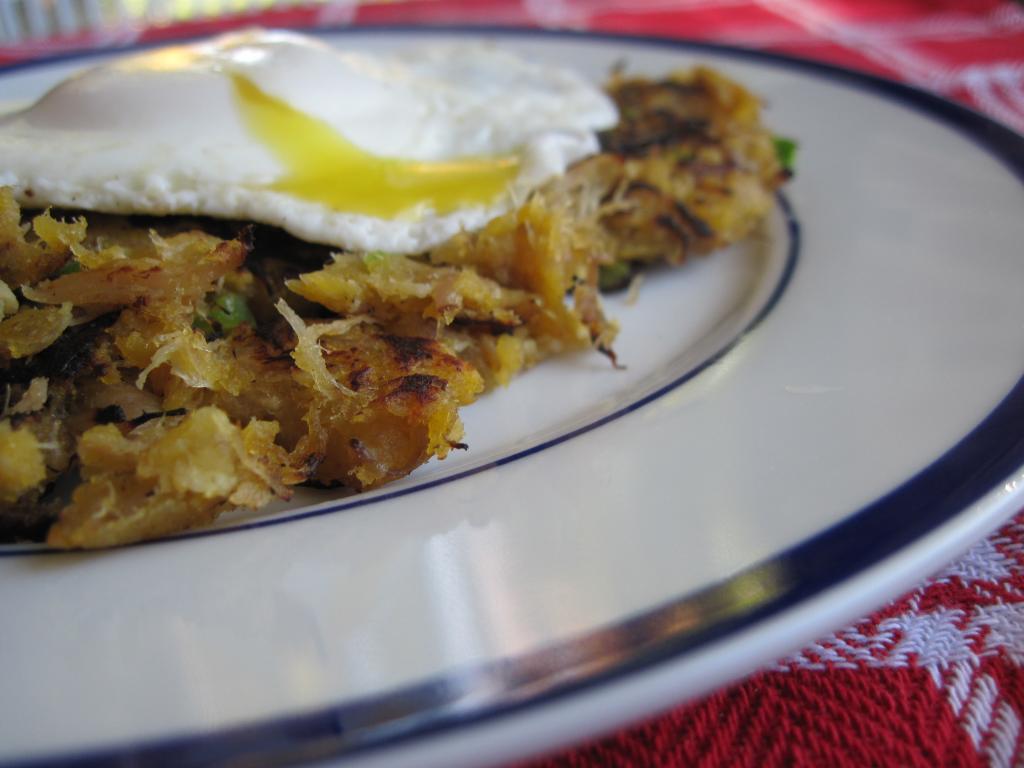 This hash uses two of my favorite things – pork and plantains. I could eat this every morning! 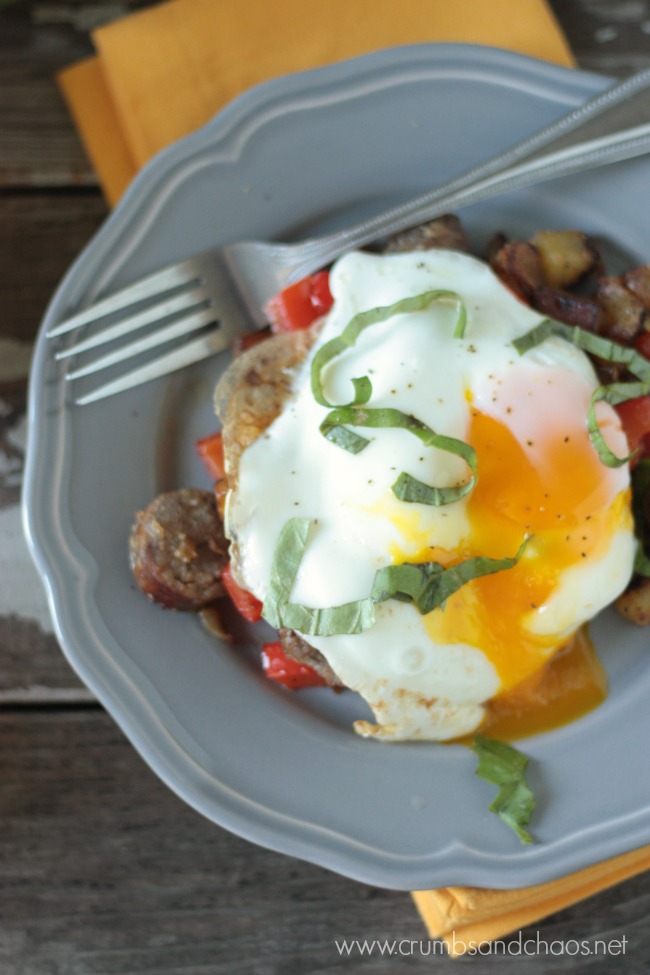 Perfect for a lazy summer brunch – grill brats and hash it up! 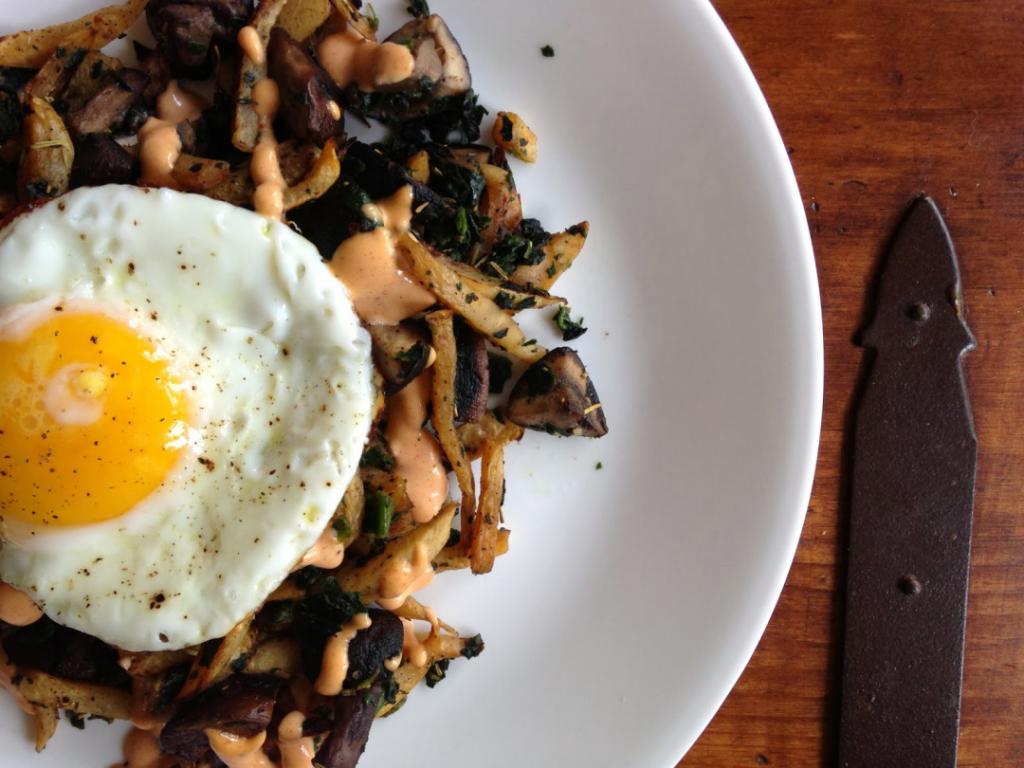 Parsnips take the place of potatoes here, and there’s absolutely nothing wrong with that. This hash is also vegetarian! 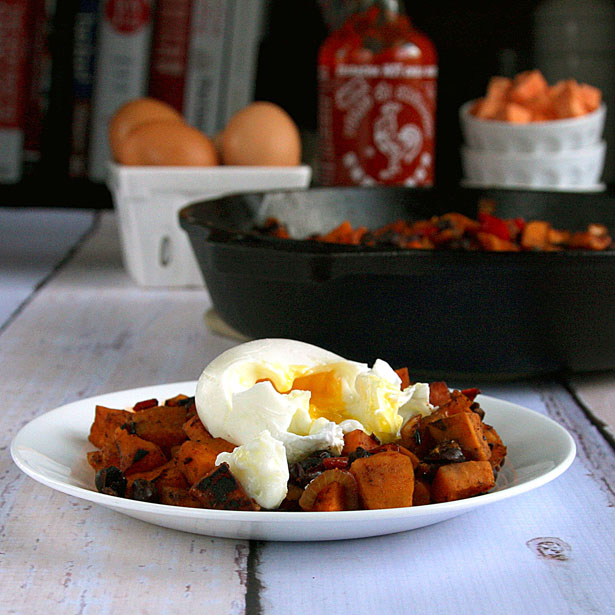 A vegetarian hash that gets its protein kick from black beans – what a flavorful way to fuel the day! 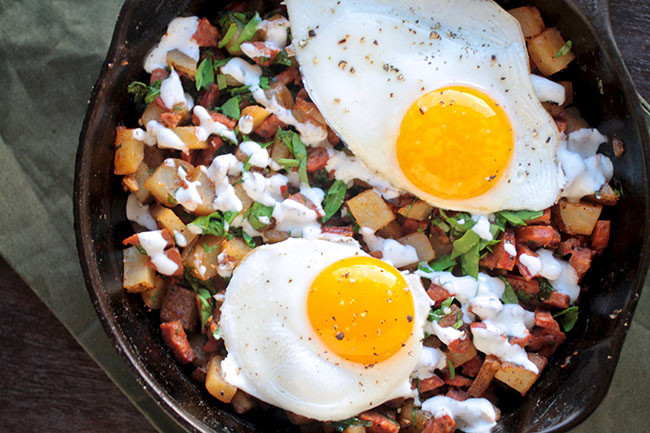 Flavorful and spicy chorizo kicks this hash up a notch. The lime greek yogurt crema? Perfection. 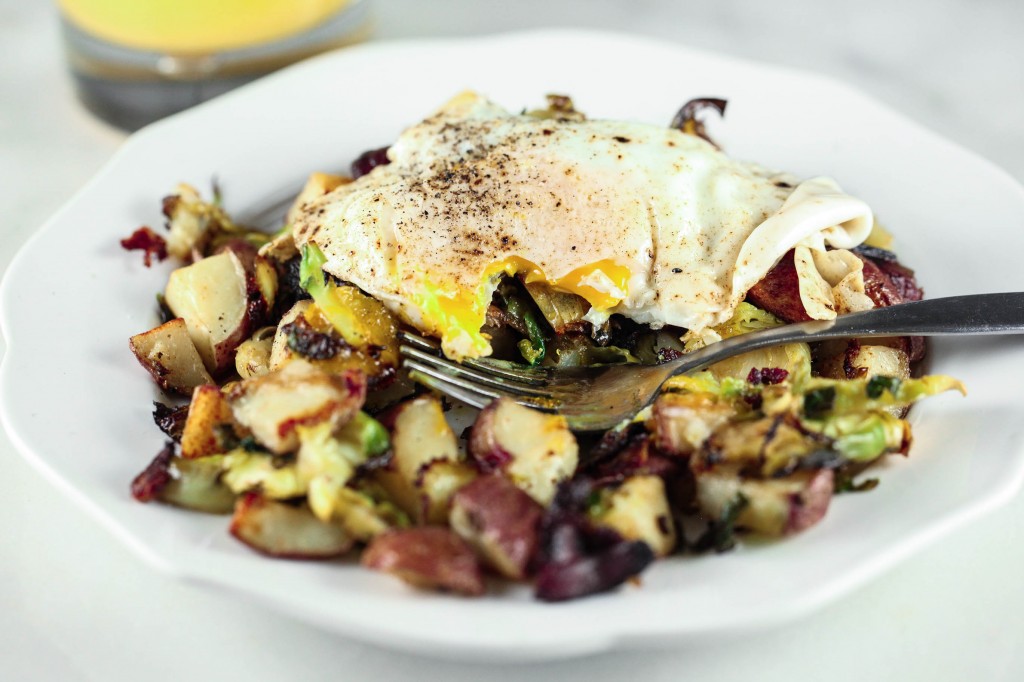 This simple combo of potatoes, Brussels sprouts, and bacon makes a quick and easy breakfast! 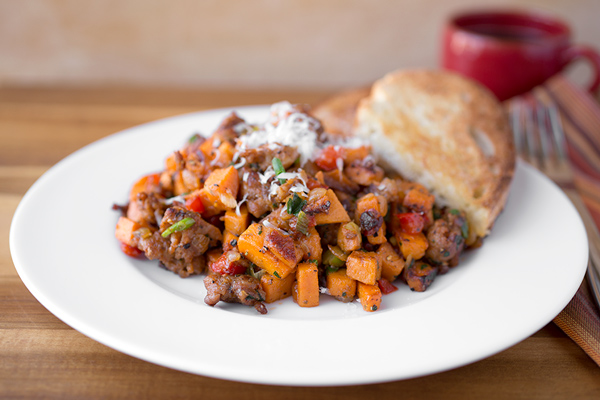 Sweet potatoes and Italian sausage are the prime ingredients here. Of course, that’s nothing to complain about! 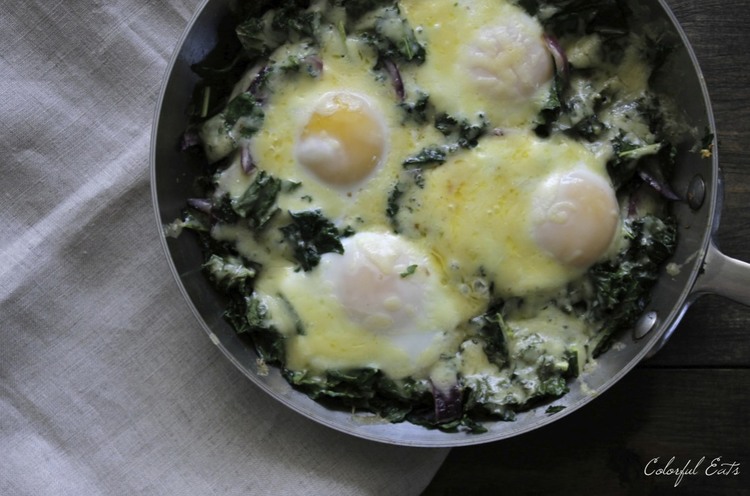 This delightful winter hash features copious amounts of kale instead of potatoes. Perfect for a cozy, nutritious morning. 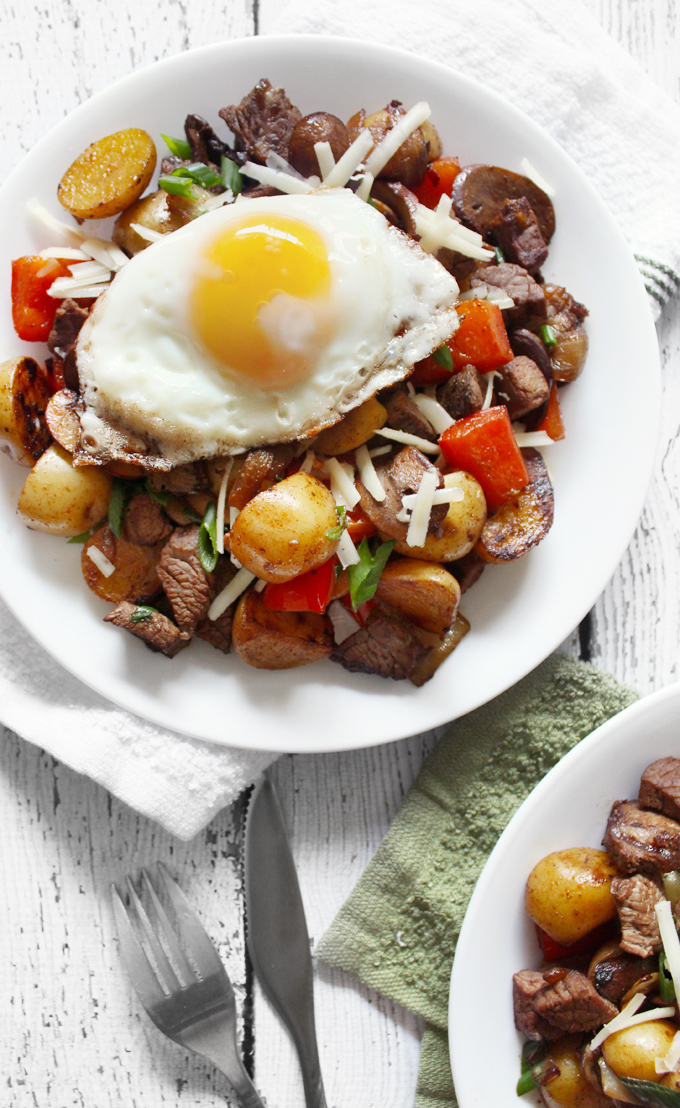 It’s an epic spin on the traditional steak and eggs breakfast – use your leftover beef and kick the delicious factor up a notch. 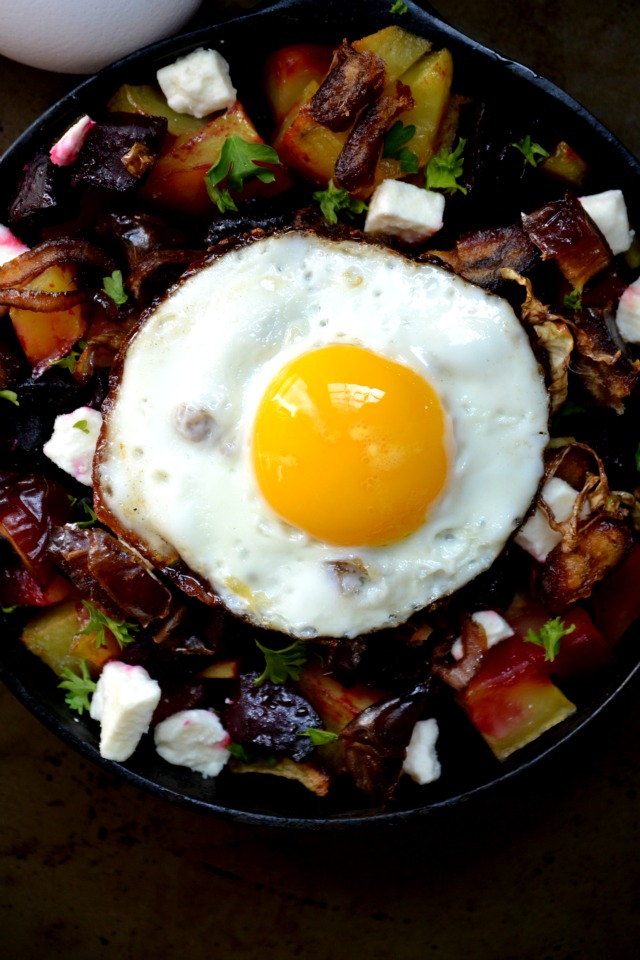 What’s been missing from this hash list? Beets and goat cheese, of course. This is one way to make brunch super fancy. 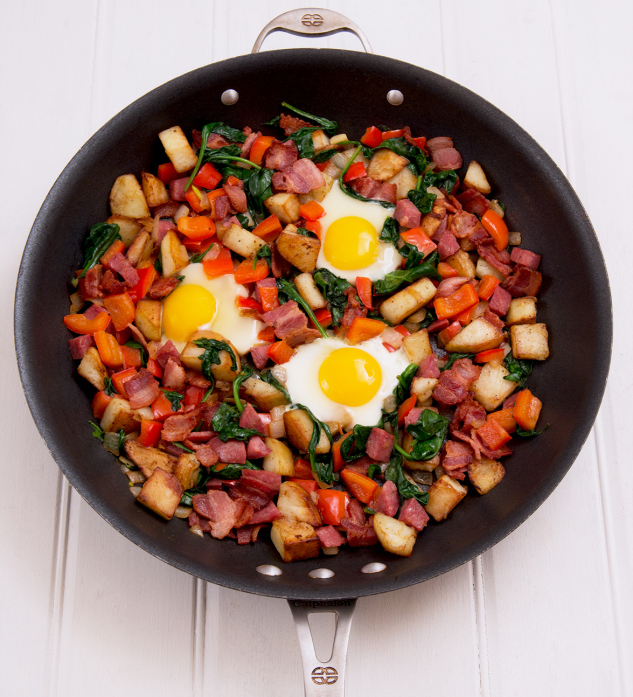 Salami, bacon, spinach? Three of my favorite things with an egg on top. This one is a must-try! 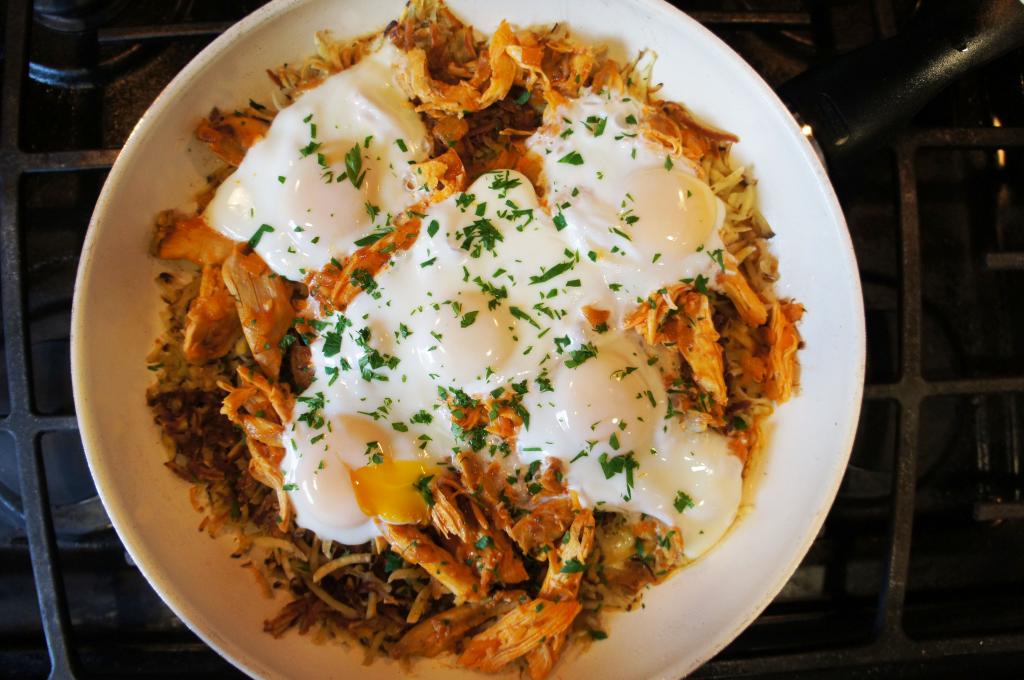 Oh, yes. You can enjoy all the wonderful things about buffalo chicken for breakfast with this easy hash! 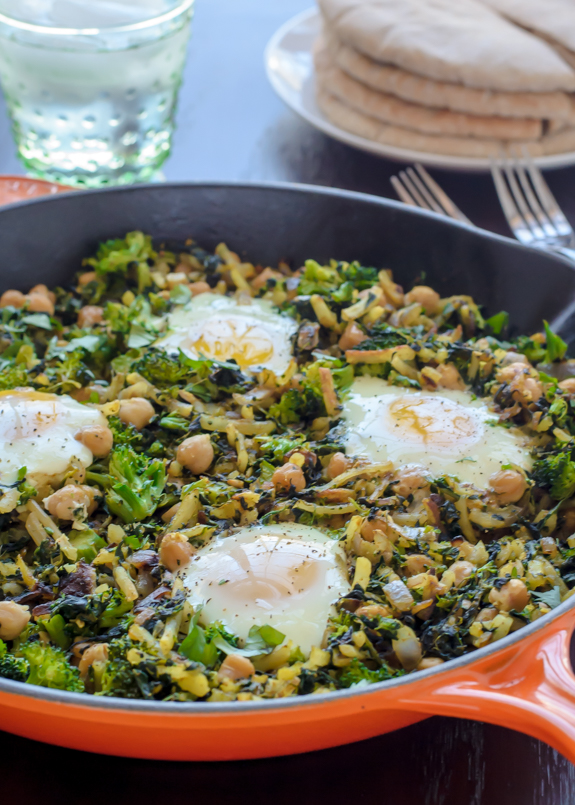 This eastern-spiced vegetarian hash is full to the brim with awesome veggies – a marvelous way to fuel your day! 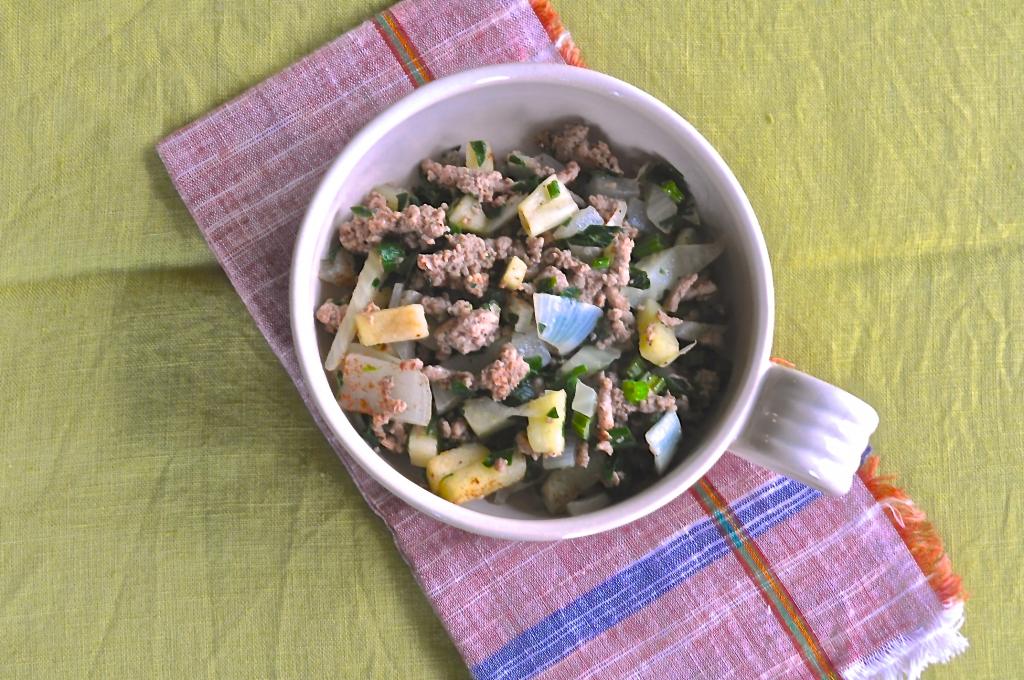 It may seem unusual at first, but we’re talking hashes and anything’s worth trying. The sweet and savory combo is a total winner!

There you have it – 25 epic breakfast hash recipes. And there are so many more combinations to try!

Now that you’ve browsed through all 25, let me know in the comments:

Which recipes are you dying to try?

Did I miss an epic breakfast hash recipe? If so, what is it?

Do you have an awesome hash recipe you always turn to for a quick meal?